This market decline is starting out like the last one. Let’s take a closer look.

In the investment business, we can’t help but be slaves to what they call “pattern recognition.” That is, when we feel like we have seen something before, we jump at the chance to study it. After all, the markets are nothing but an ongoing study in human behavior and emotions.

So, with the U.S. stock market having tripped and fallen over its all-time high to start September, this is a good time to ask: is this one of those little “corrections,” that “pause that refreshes,” or another “buy the dips” moment?

Behind the rose-colored glasses lies a threat to wealth

Or, is it something more dangerous? After all, February and March saw S&P 500 index fund investors lose 1/3 of their investment in only 5 weeks. We had an historic recovery. But, maybe that was more of a mirage than some new bull market.

A couple of charts and a quick “tale of the tape” comparing now to last February should help us out. Here is how the decline started in February. This is how the first 4 days of that eventual monster decline began. The S&P 500 fell hard, the Nasdaq NDAQ -2.7% fell a bit harder, and the VIX (volatility index) rose as it should. It moved up toward the 30 level, which is typically around the time when the market goes from just a little nervous to acting very strangely. 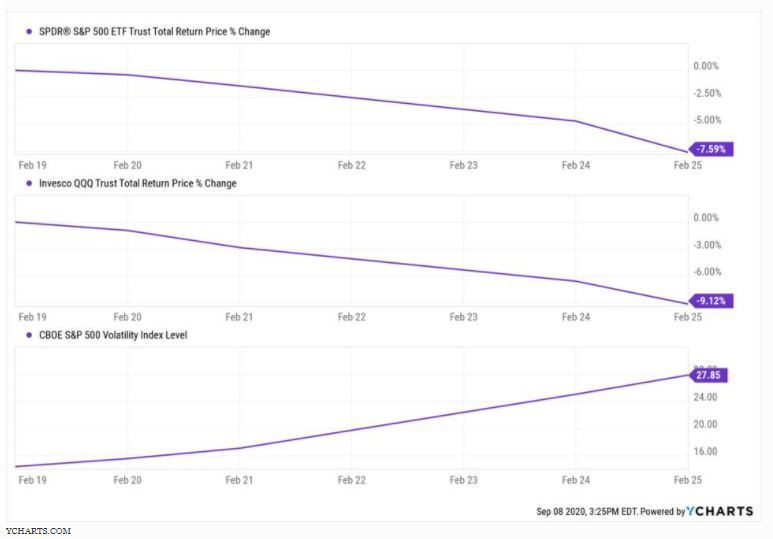 And, here are the first few days of this go-round. Pretty similar to February in many respects. 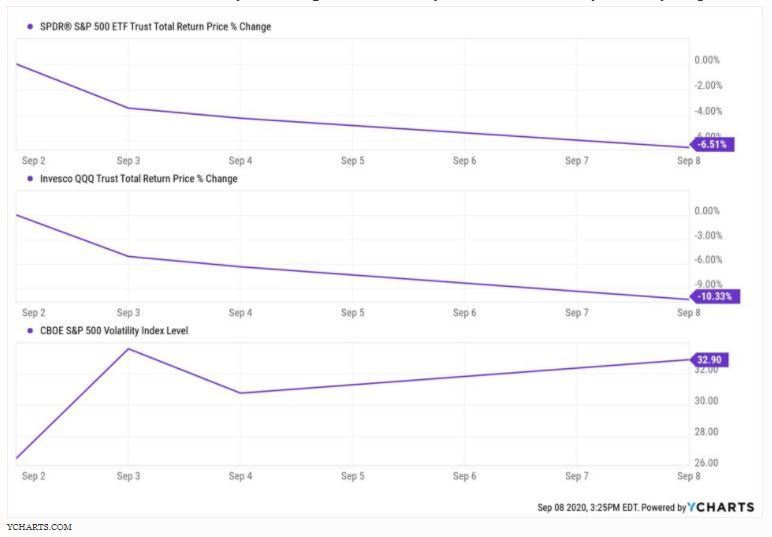 You already know that we think this is a great time to be a hedged investor. If September and beyond continue to play out like February did, that will come in very handy.

Related: How Nasdaq Could Climb Another 15%This Year