Is the Economic Recovery at Risk?

The market rally on the heels of a viral pandemic that brought the world to its knees has baffled some of the brightest financial minds on the planet. It's true this is a liquidity driven recovery with fiscal and monetary policy pouring trillions of dollars into the both the economy and markets. However, in the long run markets follow economic activity, revenue and earnings in that order.

With COVID-19 at the center of the crisis, it's not surprising that investors are hostage to a news cycle that devours every piece of data in connection with the disease. As we close Q2 investors have already accepted an expected record setting GDP decline of greater than 30%, choosing to look ahead to a sharp rise in Q3 where consensus now stands at +17%. 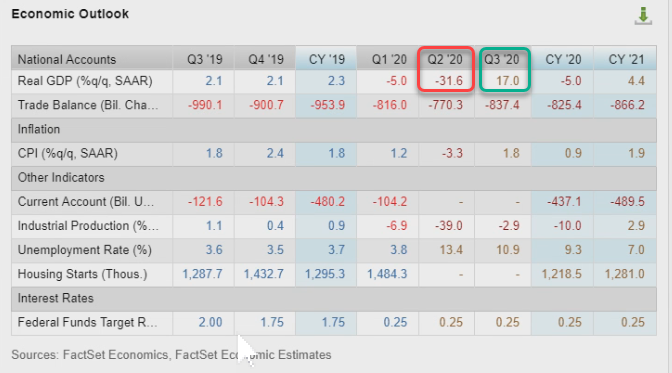 As, one by one, states started the process of re-opening their economies, investors pushed stocks higher looking for estimate revisions to move back onto I-95-North. While last week was a strong week for risk assets, concerns have been mounting in response to a so-called "second wave" of the virus. 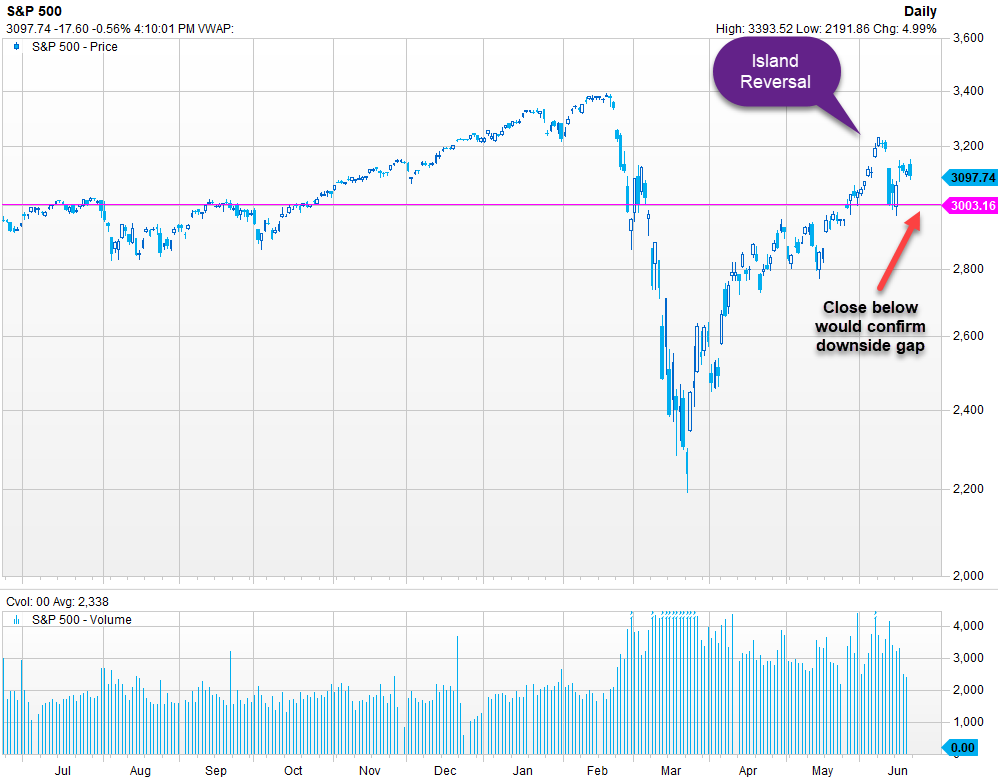 The chart above highlights the mounting concern. The island reversal and gap lower highlighted in a recent conference call by Sierra Analytics' Dean Kasparian is an important one. Dean points out, however, that confirmation would come if we get a close below that gap. As you can see in the next couple of sessions we pierced the line but closed well above the breakdown.

Apple's decision last week to close some of its stores in 4 states while small given its footprint is another data point on the liability side of the balance sheet.

Statement from Apple: “Due to current COVID-19 conditions in some of the communities we serve, we are temporarily closing stores in these areas. We take this step with an abundance of caution as we closely monitor the situation and we look forward to having our teams and customers back as soon as possible.”

Is the recovery at risk?

Short of a vaccine or cure, economists fully expected a rise in coronavirus cases as the nation went back to work, but a critical question is: Are Americans letting down their guard and ignoring even the simplest rules and common sense principals to keep the COVID-19 in check?

For investors, the question is even simpler: Is the rally at risk?

Just a casual walk around my hometown tells me the answer to both is a resounding YES. Too many Americans are letting their guard down now that states and municipalities are re-opening the economy. There is no reason why we can't continue the process and still practice minimum safety standards. I can only speak from local experience, but it appears that, outside of facilities that mandate social distancing and masks, many choose not to use any safeguards at all, in almost total disregard for the safety of others.

In my own apartment building, most under 30 never wear a mask unless forced to do so in establishments that mandate safeguards. My walk around Stamford, Connecticut, witnessed scores of people socializing without any concern for the CDC guidelines. These were not families who live together where social distancing would prove a waste of time; rather, they were strangers and casual acquaintances.

I suspect my observations echo those of many reading this post regardless of locale. The failure to follow even the simplest standards cuts across the political divide. We saw lax adherence to safety protocols at both the President's recent rally in Tulsa and protests in several cities throughout the United States.

Consensus estimates for Q3 show a sharp rebound, but remember these are estimates and can change in a heartbeat. States have and should embrace a rapid return to jump starting their economy. There's little appetite to return to the draconian shutdowns we saw early in the crisis, but as Goldman's Jan Hatzius points out in a recent note, hospital capacity, not case growth, is likely the factor that could force state and local officials to pause or reverse reopening plans.

Let's hope America gets the message because if we don't, the rise in economic data as well as the recent market rally will end in a New York minute.

Related: Are Investors Looking at a Lost Decade in the Stock Market?