Investors Shouldn't Approach the Financial Markets With Too Much Confidence

Was That a Pothole or the Start of Rough Roads Ahead?

This is the question we are all asking ourselves as the Federal Reserve throws money at Wall Street and the federal government throws money at Main Street. The market’s rise this past week has many hoping it’s a sign that recovery is imminent, and we’ll be getting back to normal soon.

A look at the recent unemployment figures, however, suggest that normal may take more time. 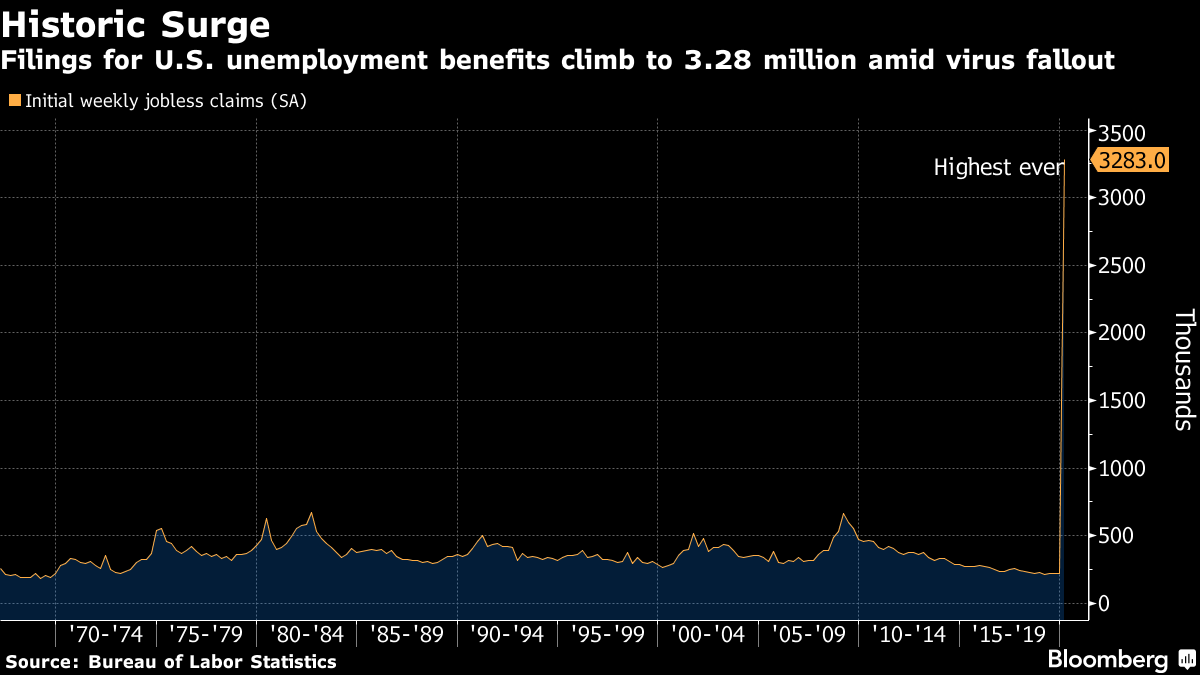 Shelter-in-place orders and the shutting down of most U.S. companies are taking a toll on the country.  The severity of these attempts to limit the spread of the coronavirus has some people questioning if the cure is worse than the disease. In hindsight, of course, people wish China had acted sooner and took it more seriously, or that the rest of the world would have learned from their mistakes. What impact swifter and more effective measures would have had, we do not know. What we do know is that today, governments across the world took a swift and harsh approach (be it right or wrong), and now we need to adapt to that approach.

Some believe that the shelter-in-place regulations in the U.S. will be short-lived, and we can get the economy humming again after Easter. Others fear that to do so, even if we have successfully checked the current pandemic, is premature and risks setting off another wave of the infections, thereby prolonging our current dour mood and dire circumstances. If someone is predicting with confidence which of these options will have the best outcome, they are lying to you and themselves.

We don’t know if this is a pothole or the start of a rough road, but we suspect the U.S. will adopt a cautious and incremental approach to reentry. China was hit hard by the virus (no matter what the communist party says officially). Their response was late, and when it came, it was draconian. Now, three months after their actions, we see their command economy is going to be slow to recover. The lesson for us: we can expect to be in the same situation. Our response was also late, but being less draconian may stretch out longer. With the virus now hitting almost all developed countries, export-led economies will likely not get back to normal levels of activity until the world heals.

And that healing will take place under a heavy burden of debt. 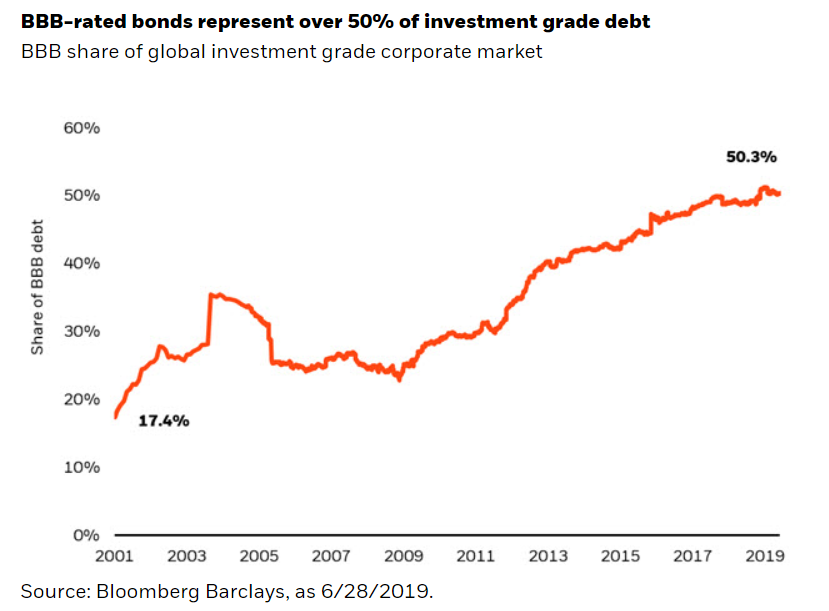 For some time now, we have been discussing the heavy debt loads of corporate America and how it puts companies in a precarious position. The graph above shows that since the last recession, companies have issued growing levels of debt, with more of it sitting in the lower-rated categories. The graph shows that many more companies are now susceptible to a material risk of default if business conditions deteriorate.

The economic slowdown will hit many businesses, and their response will be to generate as much cash as possible to feed their debt obligations. The situation brings this saying to mind, about borrowers, “In good times you think about how much debt you can afford. In bad times, you think about how much debt you have.” About lenders, it’s this saying that comes to mind, “In good times, you think about the return on your capital. In bad ones, you worry about the return of your capital.” We need to remember that one person’s debt is another’s asset. With companies reeling from the shutdown, investors in debt instruments are redefining their objectives. Before, they hoped to attain higher returns; now, they just hope to get their money back.

We expect the Federal Reserve’s efforts will indeed clear up the issues being experienced by Wall Street.  We do not have confidence it’s actions will lessen the pain of Main Street businesses. Inevitably, the U.S. will experience high levels of corporate bankruptcies, with the attendant risk looming that capital will not be returned to the investor. We will be watching to see how severe this scenario becomes and whether the markets are adequately braced for what might come.

In summary, we don’t know yet if we just ran over a pothole, with no lasting damage to the car, or if we have embarked on a rough road that warrants the driver’s caution. As we said previously, it’s time for patience. There are no trophies for being the first back in. And—with apologies for the crassness of extending this metaphor—we have seen crosses alongside the road before, where investors had too much confidence in their ability to call the moment for re-entry.

We have always thought of market tops and bottoms as part of a process, not precise points in time. We currently sit in a position from which our strategies can absorb the shocks that might be in front of us but from which we can also accelerate our position, when the time seems right, as we gain a better view of the road in front of us.

Related: Did Someone Call a Plumber?