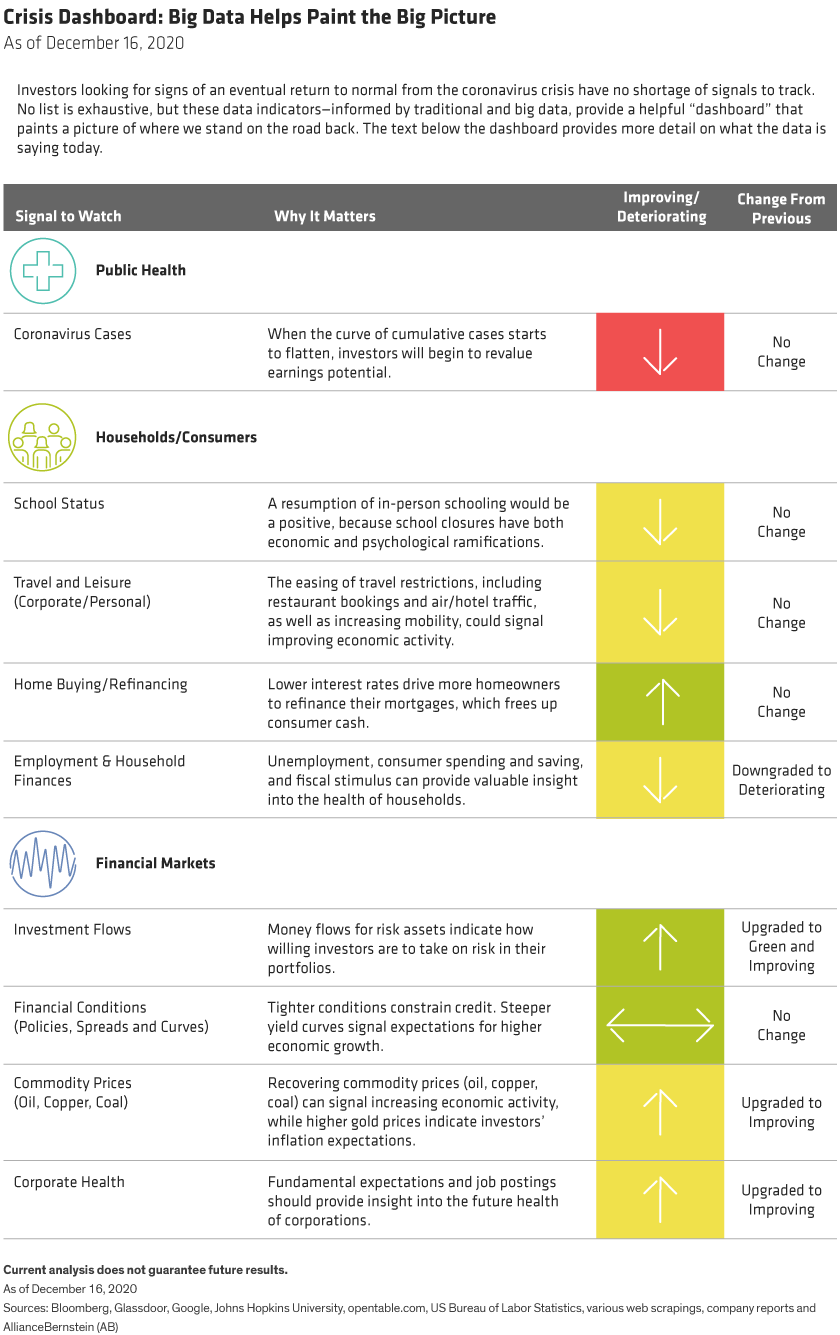 How to Read the Dashboard

Our crisis dashboard includes signals from three areas: 1) public health, 2) the consumer sector and 3) financial markets. By pulling big data from traditional sources (earnings growth and gross domestic product, for example) and nontraditional sources (like Google Trends and Glassdoor), we can create a better mosaic of the road back. Public health, of course, is the key: until vaccines are broadly available, the cascading impact of the virus may continue.

The dashboard color codes (red, yellow or green) indicate the current state of each signal, while the arrows indicate the trend (improving, deteriorating or unchanged).

What’s Changed Since Our November Update?

As much of the world heads into the winter months, individuals and investors continue to process a tug-of-war between surging COVID-19 cases, restrictions that dampen economic activity, the rollout of the first wave of vaccines and—in some regions—uncertainty over additional fiscal stimulus. Even as vaccine distribution begins in earnest, London has moved to the tightest COVID-19 restriction regime to counter an alarming rise in infections, which will add another hit to an economy struggling with the effects of the pandemic. Since our last update, household finances and employment have deteriorated while financial markets have seen an upward trend based on several key metrics.

Related: Why Should We Remember the Year of the Missing Toilet Paper?