S&P 500 bearish overtures were refused, bonds remained optically risk-on and strong, but the true picture reflects a daily stall. Refusal to drive prices higher in the absence of convincing, credibly strong NFPs. I have a hunch that a careful look under the hood would reveal some signs of weakness in the job market, the way hours worked last time did. While the Fed isn‘t drumming this point really as tightening would come at the expense of unemployment rate, because wage inflation needs to be broken down as well in order to get overall inflation under control. Some officials such as Kashkari aren‘t hiding the fact it would take several years to achieve the 2% goal again.

Let‘s have a look at yesterday‘s Bank of England moves, kind of foreshadowing what‘s reasonable to expect from the Fed. In the UK, the prospect of entering recession Q4 2022 amd remaining in it for more than a couple of quarters, is being acknowledged. The central bank though intends to keep tightening anyway, preferring to take on inflation after it ran out of control longer they publicly anticipated. Meanwhile in the States, unemployment claims have edged higher – indicative of growing softness in the labor market.

Long-dated Treasuries continue rising as is appropriate in these conditions of economic slowdown slowly gathering pace. Similarly to inflation expectations, they‘re not yet taking the Fed‘s hawkish rhetoric absolutely seriously unlike commodity prices that are at best carving out a bullish divergence (still in the making, therefore without implications yet). Precious metals appear farther along the route of acknowledging the upcoming stagflationary reality as I continue looking for inflation to remain in the stubbornly high 5-6% range no matter the Fed‘s actions over the next 3 FOMC meetings at least. Obviously, the hotter the underlying markets, the more tightening has to be done, and that‘s extra headwind for the markets, and one making the Fed pivot a bit more elusive.

To feel the daily pulse, let‘s move right into the charts (all courtesy of Stockcharts.com) – today‘s full scale article features good 6 ones, which I’m exceptionally unlocking today in full so that you can get a better idea about the care (plus trade calls and intraday updates) premium subscribers regularly get. 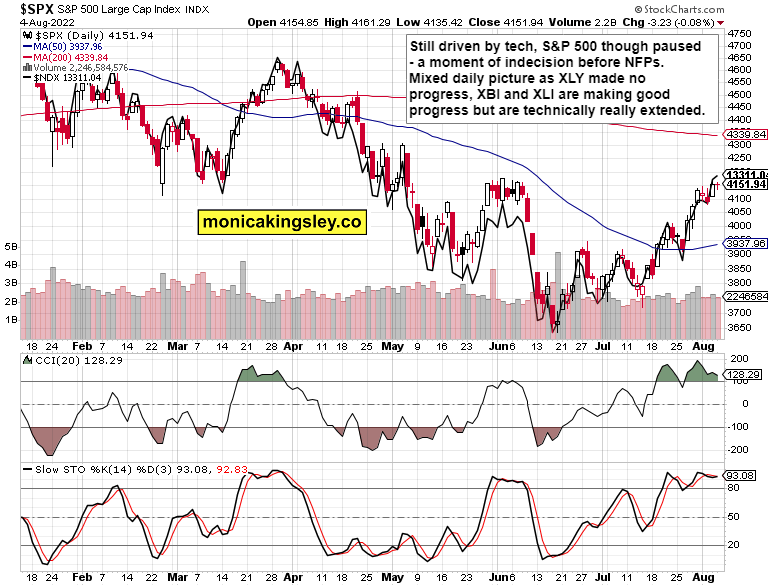 S&P 500 underwent a daily consolidation, preparing for a spike that should be sold into. The bull trap is almost complete with VIX pushing to 21 – the degree of the overshoot is what matters.

HYG is going to attract a sell in the not too distant future. Its upswing isn‘t accompanied by coresponding rise in cyclicals, in risk-on sectors – there is still much defensive / slow growth driven flavor about the stock market rally.

Precious metals turned strongly up yesterday, but not yet absolutely decisively – there was some upper knot, and the volume could be higher too. Positive day in need of quite some follow through. 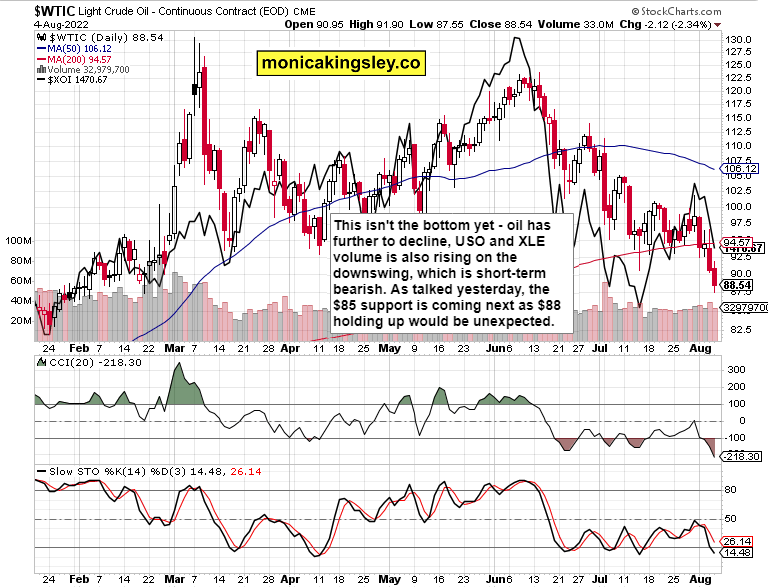 Crude oil weakness is getting the bulls worried, and I‘m leaning towards the $88 support slwoly giving way as $85 approach comes next. Longs are suitable only for medium-term investors. 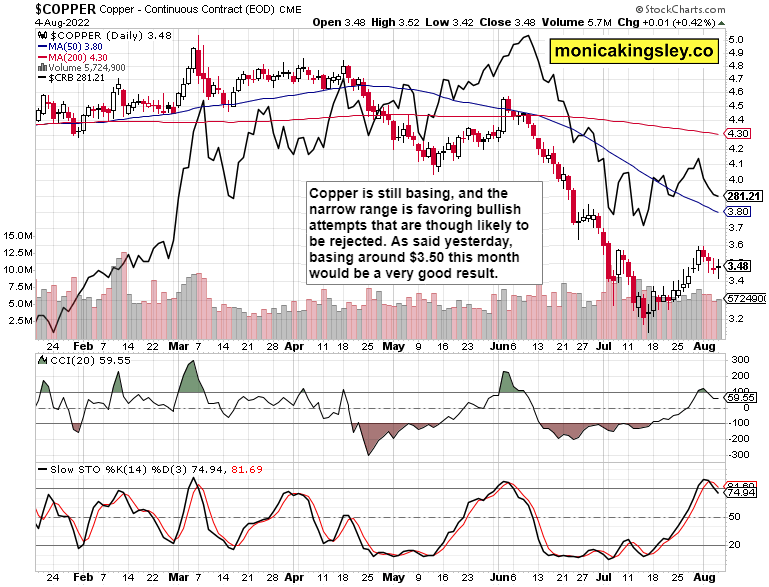 Copper is holding up, but should another setback strike commodities, the red metal wouldn‘t escape unscathed. Short-term, the move in base metals is positive but it‘s too early to say whether that can survive the autumn storms. 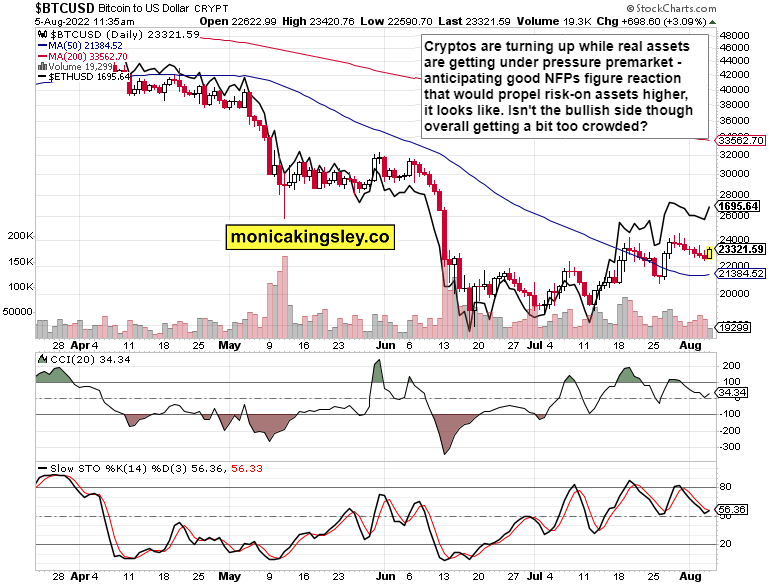 Cryptos are expecting a good outcome today – this is where the earliest signs of disappointment and peak would be found.