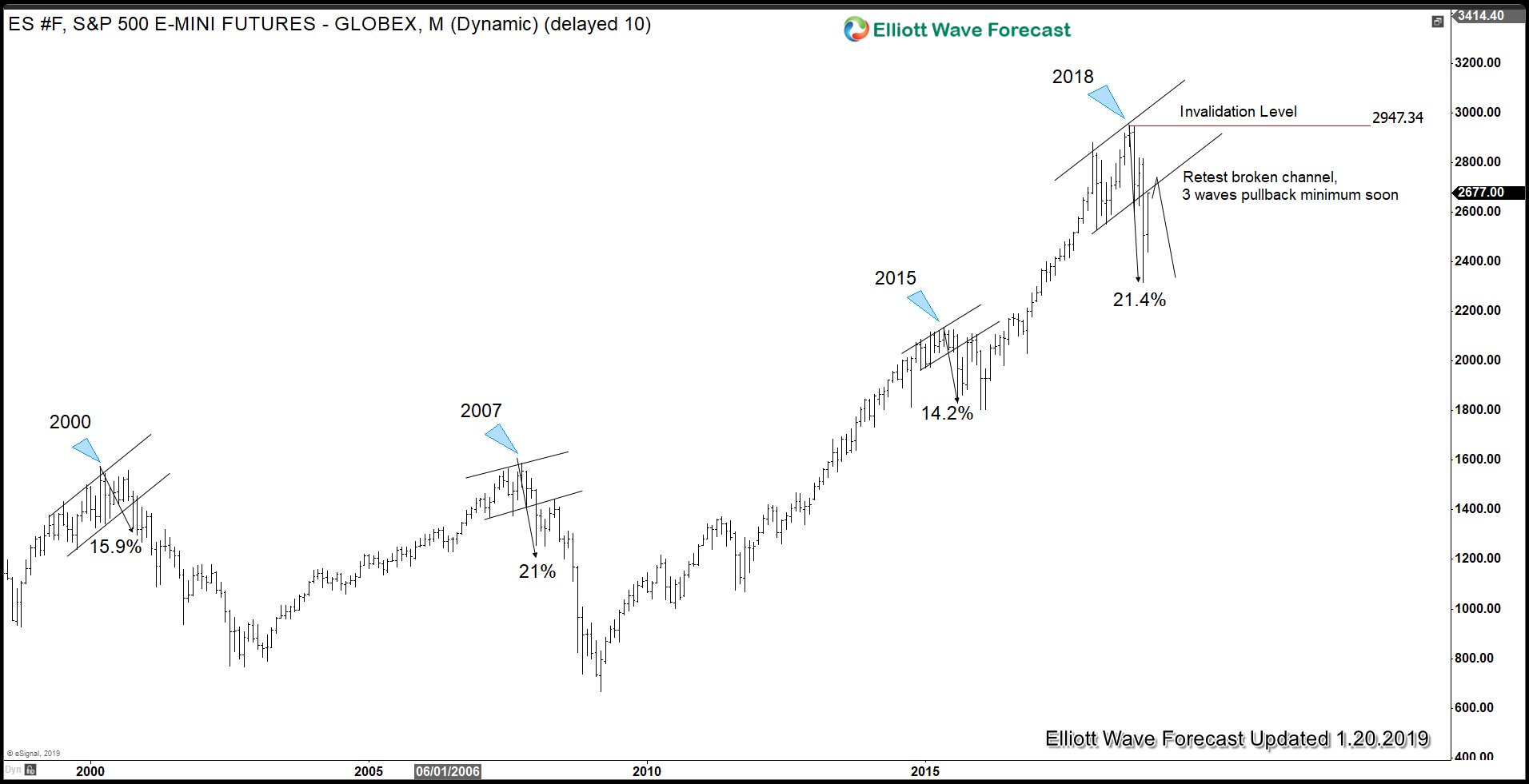 The weekly chart on S&P 500 E-Mini Futures above shows 4 major corrections since the year 2000. In all cases, the initial leg of the decline was more than 10% and broke below an ascending bullish channel. After the initial break of the channel, we can see the Index rallied to retest the broken channel in year 2000, 2007, and 2015. Each time, the retest failed and the Index then reversed lower and broke the previous low of the initial decline.The current situation is similar to these previous 3 major tops. We had a 21.4% correction since the top in year 2018 which is the initial leg of the decline that broke an ascending bullish channel. The Index has rallied and corrected more than 50% of the initial decline, now retesting the broken channel. If last year’s pivot high at 2947 stays intact, the Index can start to rollover and pullback in 3 waves soon at least. If history is any indication, it can even break below the low on December 26, 2018 at 2316.75.Related: Three Red Flags You Can Use to Avoid the Worst ETFsRelated: Pay Attention to the Russell and These Financial Sectors 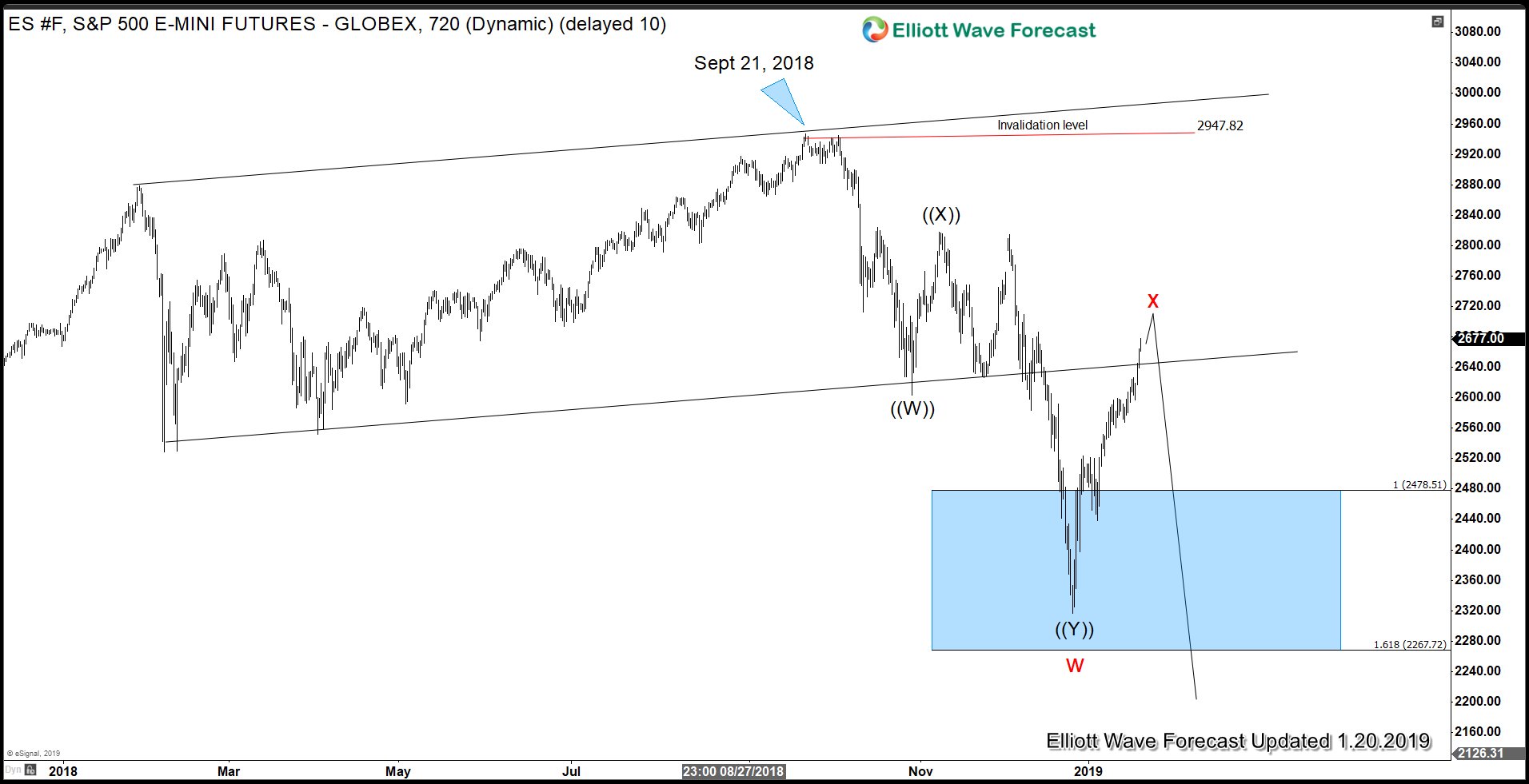 The initial decline from September 21, 2018 (2947) to 2316.75 is clearly in 3 swing. We label this correction as ((W))-((X))-((Y)) which in Elliott Wave is also known as a double three. We need to keep in mind that the structure of the selloff so far is not impulsive (5 waves). Thus, as far as the current data shows, it doesn’t support a major bear market. However, the current correction still has scope to extend lower, thus making it the biggest correction since the 2009 low. If the key level at 2947 high holds, the Index still can extend lower and break below 2316.75. Potential target to the downside is 100% Fibonacci extension of the red w-x from September 21, 2018 high in the 2000 area.To conclude: The structure of the selloff in S&P 500 from the September 21, 2018 high last year is corrective, which does not support a major bear market. However, the current correction can become the largest correction since the 2009 low, and if the rally fails below last year’s high at 2947, more downside to the 2000 area can happen. DISCLOSURE: Futures, options, and over the counter foreign exchange products may involve substantial risk and may not be suitable for all investors. Leverage can work against you as well as for you. You should therefore carefully consider your investment experience as well as financial condition before deciding if trading is suitable for you.