How Women Rocked The Vote

On August 26, 1920, women weren’t given the vote. They earned it. As Pulitzer Prize-winning professor Laurel Thatcher Ulrich famously noted, “Well-behaved women seldom make history.” The 72-year struggle to add the 19th Amendment to the Constitution succeeded thanks to the passion and persistence of countless misbehavers, many of whom didn’t live to celebrate the achievement.

In 1971, Congress voted to commemorate the suffragists’ triumph by designating August 26th as Women’s Equality Day. But do you know the story behind the story? 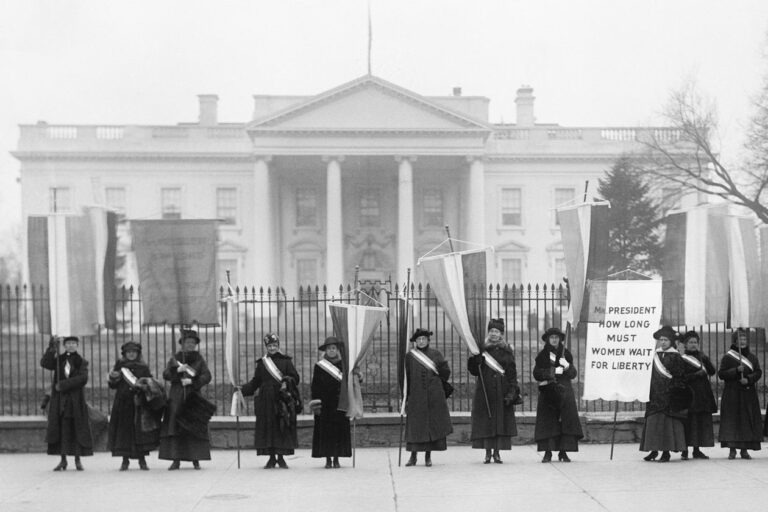 For starters, raise your hand if you thought “suffragette” referred to the suffering endured by the women who led the movement. Actually, “suffrage” comes from the Latin word “suffragium,” which means “the right to vote.” What’s more, the term “suffragette” was coined by a British journalist in 1906 to demean the activists who had begun using militant tactics to capture the attention of politicians.

You’ve no doubt heard of Elizabeth Cady Stanton, who teamed with Lucretia Mott in 1848 to hold the Women’s Rights Convention in Seneca Falls, New York, often considered the kickoff event in America’s voting crusade. Yet the molasses-pace span between that gathering and the 1920 ratification is underscored by the fact that the 19th Amendment was originally the 16th! Progress was delayed by more pressing issues that jumped the legislative line, like the Civil War, World War I and Prohibition.

The long and winding road to ratification was fraught with peril. Women were ridiculed, insulted, arrested. On the eve of Woodrow Wilson’s 1913 inauguration, 8,000 suffrage advocates marched down Pennsylvania Avenue to raise awareness of the cause. They were surrounded by a mostly male crowd, which one newspaper reported “literally mobbed the marchers…police in many instances stood idly by while rowdies mauled and insulted women,” hurling lit cigarettes and obscenities their way.

To press their case with Wilson, suffragists held a silent daily vigil outside the White House for 18 months. Many were handcuffed and thrown into prison. Some launched hunger strikes, which triggered brutal force-feedings, in which women were pinned down while feeding tubes were shoved up their noses or down their throats. When the prisoners’ resolve was not broken, only strengthened, by this painful procedure, public support for the movement grew.

Eventually, Wilson endorsed the 19th Amendment, though the sprint to final passage was a real nail-biter, since it required 36 of the 48 states to ratify the act. The honor of casting the tie-breaking vote fell to 24-year-old Tennessee state representative Harry Burn, who opposed the legislation until his mother sent him a letter that read in part: “Hurrah and vote for suffrage.”

The day after the amendment was ratified, suffragist icon Carrie Chapman Catt attended a victory parade in New York City. Catt’s command from 1920 echoes across a century to remind American women, “The vote is the emblem of your equality, the guarantee of your liberty. Women have suffered agony of soul which you can never comprehend, that you and your daughters might inherit political freedom. The vote has been costly. Prize it!”

And lest you think suffragists are just white-clad Victorians you read about in history books, think again. Recently, Meghan Markle quoted Kate Sheppard, a legendary activist who helped New Zealand women win the vote in 1893 – and whose words resonate in 2020: “Do not think your single vote does not matter much. The rain that refreshes the parched ground is made up of single drops.”

Related: Making The Business Case for Diversity and Inclusion