The Crisis of Wellbeing at Work

We can all agree that the value of self-reporting, in particular when it comes to topics that are traditionally seen as taboo or mired in ill-understood and antiquated convention is at best questionable so whenever I see surveys regarding workers’ mental health, I have a tendency to dig into the data to establish how big of a grain of salt needs to accompany the results. For instance, in what is otherwise a great study from Adecco, one of the results is that “1 in 3 say their mental well-being got worse in the last 12 months” but in my view, the question formulations make the data unusable as the employees were asked to agree or disagree with whether they feel they are “able to manage their mental wellbeing”. How preposterous to use that self-assessment as a point of data regarding objective mental health when we all think we are "able to manage it".

The size of the problem is infinitely more extensive than that. While people may think they can manage it, they can not. While they believe they can stay afloat they are instead avoiding diagnosing anxiety, stress and depression and only defering the consequences of this crisis of wellbeing and delaying potential catastrophic outcomes.

This meme I saw recently sums it all up, unfortunately. 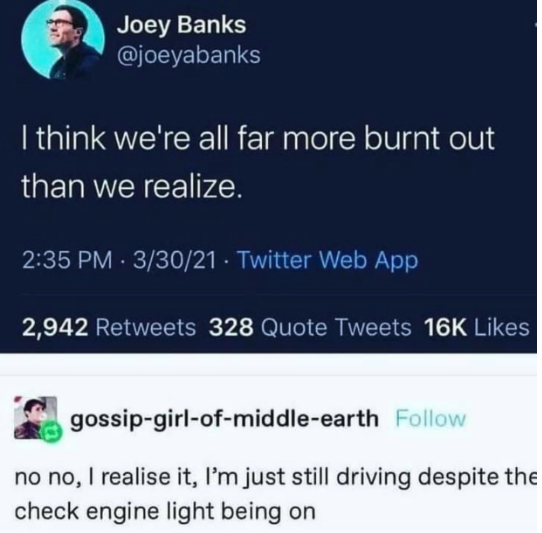 Most of us -if not “all” to one extent or another- are ignoring the “check engine” light and hoping it will miraculously turn itself off if we just keep running. But make no mistake about it, we are running on empty and it won’t. While of course, the mind is adaptive and perfectly able to self-heal and improve, it can not do so accidentally, in the background or with zero acceptance or effort.

As I said many a time before, simply attempting to gloss over the pandemic’s effects on our mental well-being is not going to prove possible. We can postpone an overtly disastrous admission of generalised burnout, we can ignore the EQ crisis, we can attempt to continue in virtue of inertia without clarity on hybrid, flexibility and the new type of leadership and human work we need but all that will only take us so far and we are simply kicking the problem down the road and likely, compounding it.

Thankfully, many more voices are now speaking about burnout being the next workplace pandemic and there are more and more studies to show its existence beyond any shadow of a doubt.

Even better, this has been elevated by recent recognition from WHO which took the extraordinary step of issuing workplace mental health guidelines stating:

“An estimated 15% of working-age adults have a mental disorder at any point in time. The most prevalent mental health conditions (i.e. common mental disorders such as depression and anxiety) are estimated to cost the global economy US$ 1 trillion each year, with the cost being driven predominantly by lost productivity. In all countries and across sectors, the wealth of enterprises and societies depends on the mental health of workers. We encourage governments, enterprises and all stakeholders in the world of work to use and implement these guidelines as an effective tool for securing safe, healthy and inclusive workplaces that promote and protect mental health” 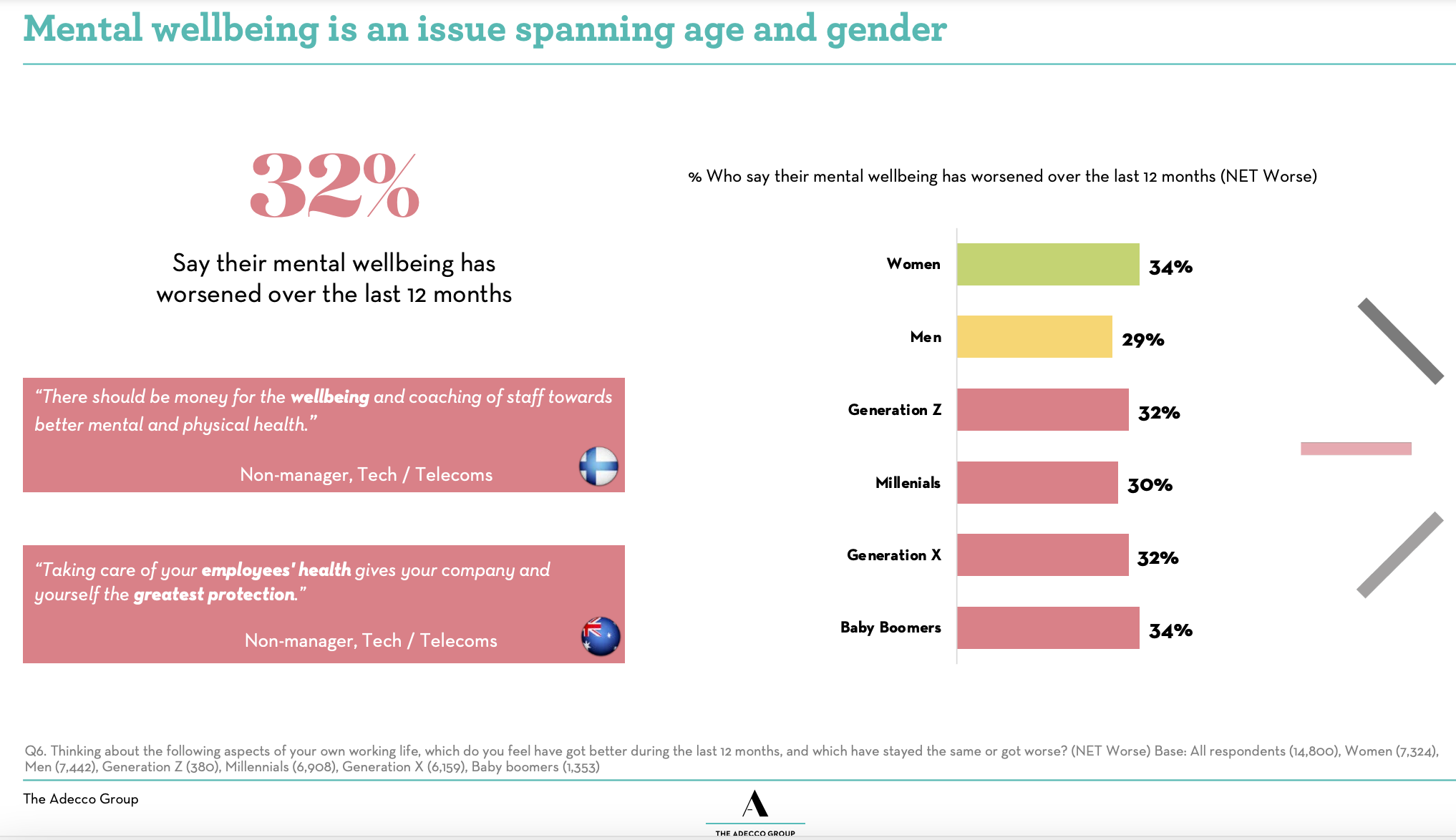 Let’s make something clear for the middle managers rolling their eyes out there at the perceived “snowflakery” of those younger generations that can’t “get a hold of themselves and stop being that sensitive” who will not be reading this report - this is not some generalised sense of diffuse malaise we are talking about. Not some mild discomfort one can get over. Not a collection of excuses not to work hard. This is about serious illness.

Ignoring the above is literally criminal. 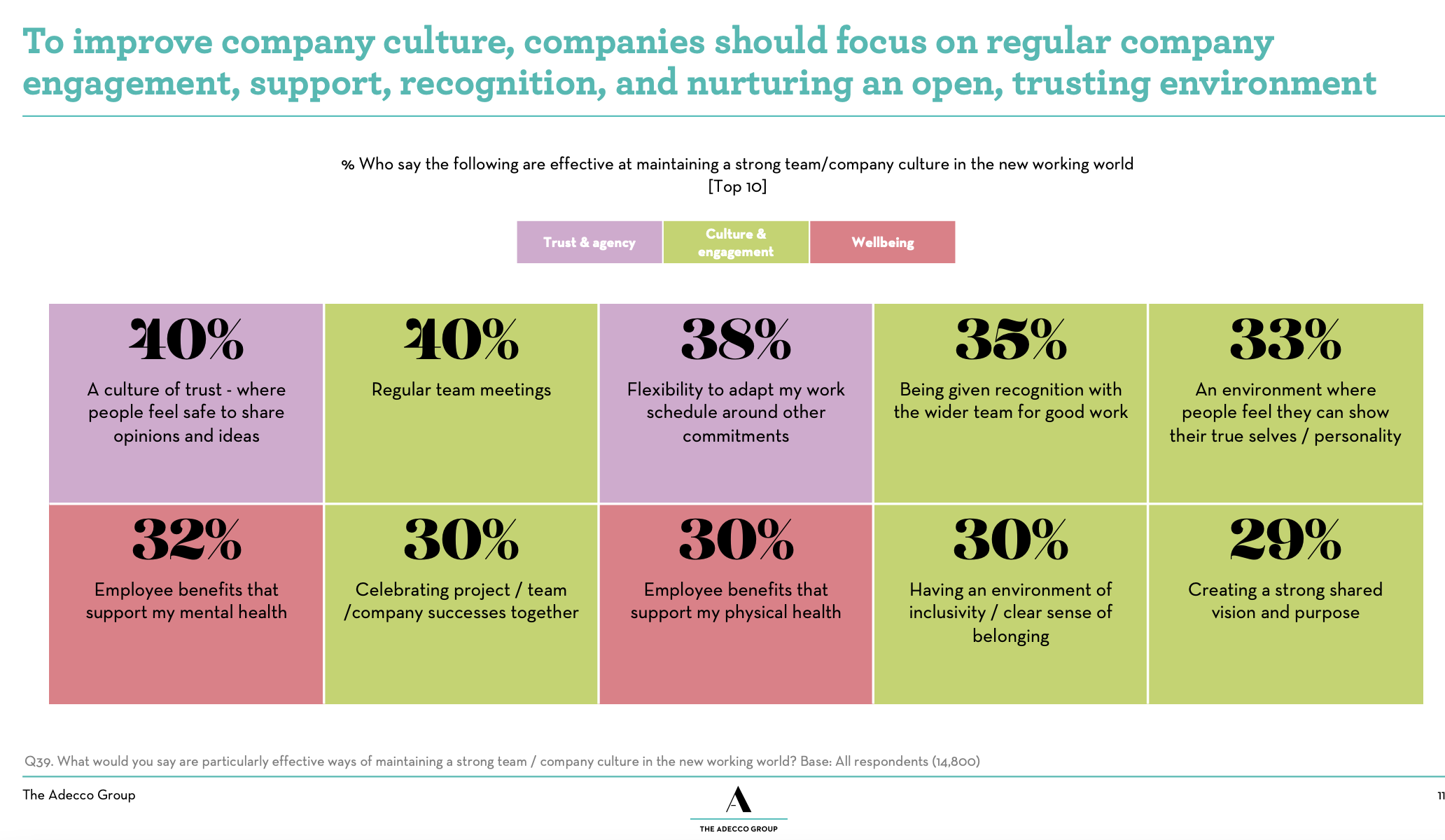 This set of guidelines and other reports alike, all go on to outline that the organisation needs to do a series of things. They all amount to reducing HumanDebt and for the most part, they are interventions, actions and learnings that increase EQ and allow for different forms of CBT (Cognitive Behavioural Therapy) aka “the human work” as we have been maintaining for the past few years here in this newsletter and through our work at PeopleNotTech.

As this piece in PsychologyToday on the potential dangers of unexamined and unsupported hybrid environments also outlines, there is plenty that can be done by the organisation starting with structure and clarity and continuing with increasing Psychological Safety and team well-being aka mandating, recognising and supporting the human work. 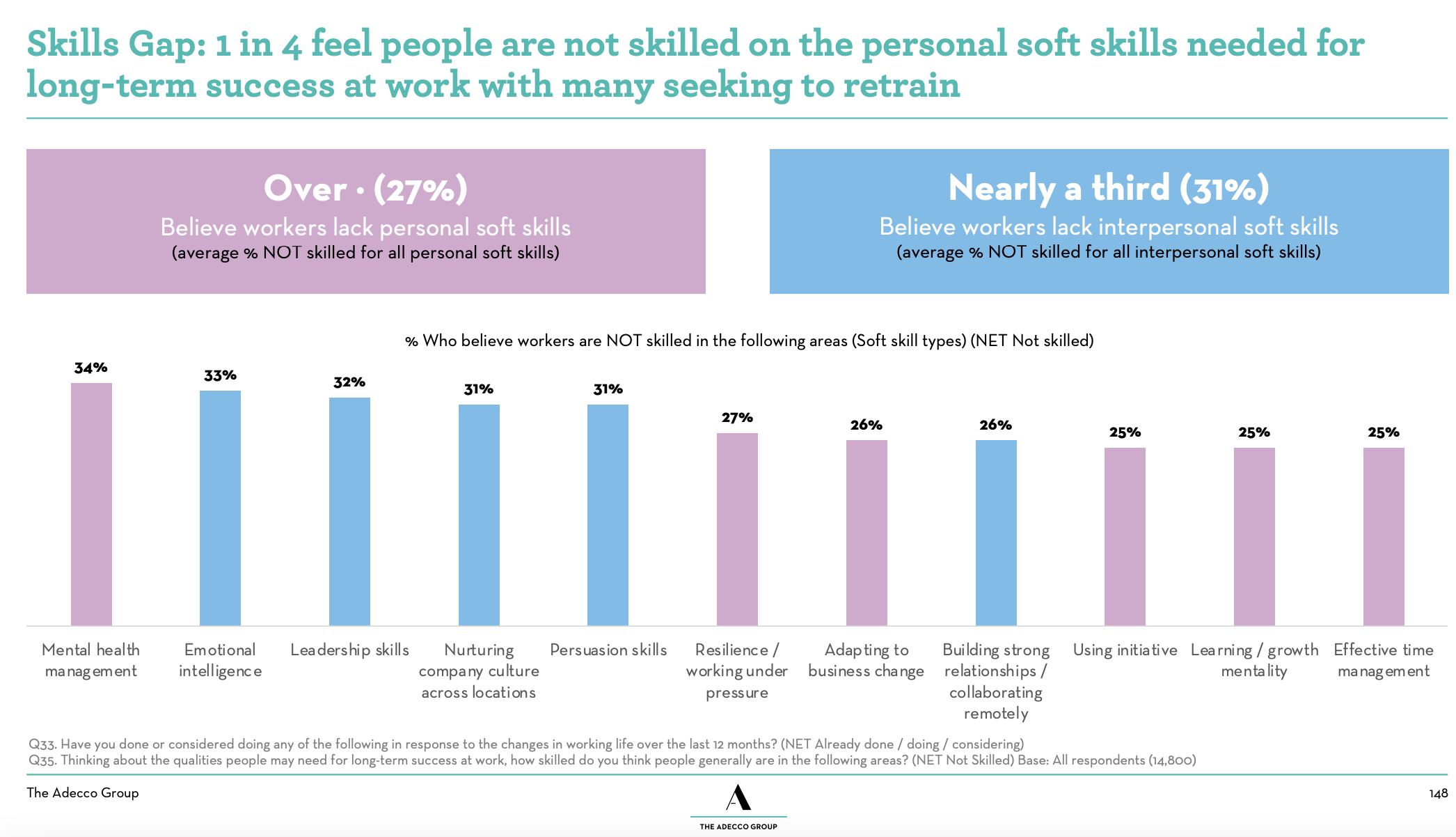 As ever, come speak to us so we help with the tools to move you further in that direction or build these yourself but the one thing you can not continue doing unless you’re a fan of extreme unnecessary risk is ignore the fact that every day where your people are not put first is a day where you accrue even more HumanDebt and one day you may not be able to keep up with the steep interest rates.

Related: The Human Work and the Water Bottle