The word “uncertain” doesn’t usually give us much hope. It implies instability, insecurity, and vulnerability—all things most of us try to avoid. But, perhaps, we can find a way to embrace uncertainty and find a way to make it work in our favor.

As we forge ahead into 2021, there will certainly be a significant amount uncertainty. Generally, we try to predict future trends based on recent past events. However, 2020 had such immense disruption that it is almost useless to use it as a base. Many argue that this uncertainty causes pessimism and lowers expectations. However, I argue we need to embrace uncertainty, as it creates opportunities and should incite positive expectations.

Why? Well, let’s take a look at the following paragraph describing American economic trends: “Despite this prosperity, major shifts were occurring in American business and the workforce. Preexisting corporations were merging and becoming larger, more powerful conglomerates. Consumers increasingly were doing their shopping at discount chain stores and their dining at inexpensive fast-food restaurants, leading to a decrease in the number of single-proprietor businesses. Meanwhile, manufacturers were relocating from the Northeast and Midwest to nonunion Southern states, taking jobs with them and robbing industrial cities of their vitality. Manufacturers also were opening factories in foreign countries to take further advantage of cheap labor. These shifts led to a decline in the power of unions.” (The 1960s Business and the Economy: Overview | Encyclopedia.com)

While this could describe much of today’s economy, it’s actually a description of the 1960s. It shows progress after disruption and it’s arguable that the 1960s had even more disruption than we have currently (consider the assassinations, civil rights, wars, and general social change). After major turmoil, we still achieved more growth, technological improvements, and social change than we’ve seen today. I believe that the stress we’re currently experiencing as a country could produce the same excitement that we saw in the 60s. On the other hand, it may be difficult to replicate Kennedy, the Beatles, a moon launch, the computer explosion, Martin Luther King Jr., and some of the other revolutionary changes that took place during that decade. But, history repeats itself…

And, historically, change usually occurs after disruption (and we have most definitely experienced a lot of that). In my own experience with corporate turnarounds, it’s much easier to motivate, innovate, and develop collaboration in troubled or changing organizations than within those whose culture is based on the closed-minded rule of “we’ve always done it this way.” It’s amazing how many individuals and organizations have incorporated new efforts like E-commerce, work-from-home, Zoom, etc. in order to adapt to the times and, as a result, have actually improved their results.

While we tend to focus on the negatives, there are many circumstances that should create a more positive environment if we learn to embrace uncertainty. The most significant may be the coronavirus. I suggest we focus our planning on the potential of the vaccine by spring or summer more than the tragic experiences of today. In other words, rather than just worrying about the possibility of shutting down in the near future, we should be adopting a mindset of: How do we keep a business viable today in order to thrive in the fall? How do we learn to embrace uncertainty? 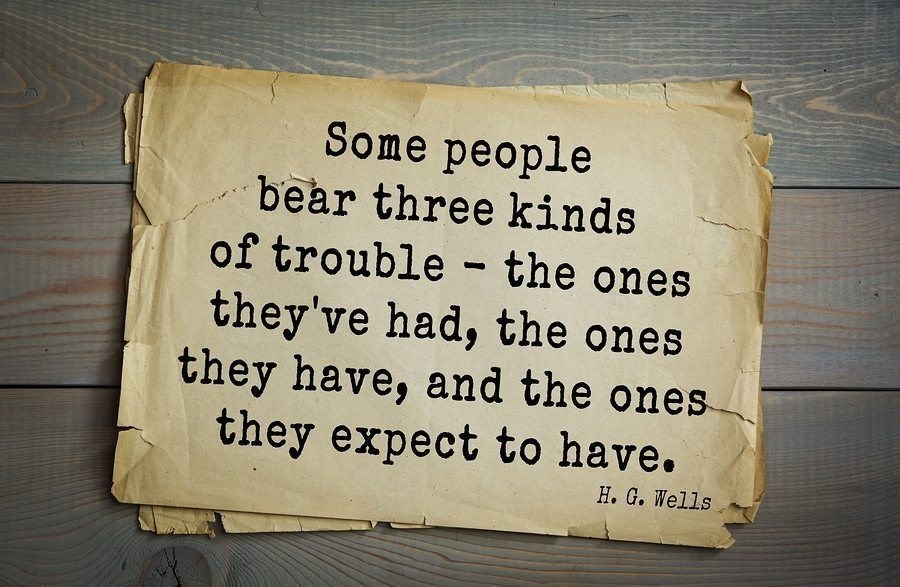 I recommend focusing on these three areas that create significant opportunities for positive thinking: technology, expectations, and analytics.

While we seem to constantly advocate for technology, I think we underestimate it. For example, financial advisors continue to advocate balanced portfolios with traditional companies and bonds, but here’s the reality:

Pay attention to areas like E-commerce, A.I., infrastructure, medical research, etc. These will produce dramatic opportunities for growth and investment.

Positive Expectations are a critical cause of growth and success. Venture capital, increased risk, and positive thinking can produce dramatic results. Low interest rates and inflation have had a huge impact on reducing actual risk. My favorite musical has always been My Fair Lady because of the Pygmalion effect, which infers that having positive expectations leads to enhanced performance, which results in a higher probability of success. The implication is that confidence and energy will increase if we believe in ourselves. On the other hand, a negative self-perception results in a significantly lower chance of succeeding. What we think we’re capable of, therefore, basically becomes a self-fulfilling prophecy.

Technology and expectations can be enhanced with improved measurement and analysis. Some simple ways to implement analytics: review goals, probability, risk, and measurement. Basically, ask yourself how you’re doing and where you can improve.

More advanced analysis, testing, and measurement may include creating more dynamic and interactive efforts, which can boost the development of strategies. Allowing for failure and considering alternatives can also be useful. Incorporating operations, customer service, branding, and pricing in decision making can create new, successful approaches. Accept this fact now: Mistakes will occur. So what? Learn from them and move on. Mistakes are only bad if you keep making the same ones.

So, you see, positive expectations can have a dramatic impact on success. Yes, there is uncertainty ahead, but when has there ever been zero uncertainty? A feeling of security at any given moment doesn’t actually equate to certainty. We can’t predict the future and we don’t know what tomorrow holds. There will always be uncertainty, so embrace uncertainty and trust that the “unknown” is where possibility lives. Facing unexpected change is the fastest way to determine if you’re a pessimist or an optimist. What will you be? A defeatist or an opportunist? Why not try expecting greatness? Expect it from yourself, from others, and from the universe. Because when you expect it, it’s easier to find.

Please visit our website www.startupconection.net to book a Free Session in which we can help you develop an action plan that will evaluate potential and risk. We always discuss process, expected outcomes, and cost before you make any commitment.

Related: You Can (and Should) Write Better Proposals