Worried about rising rates? Taking your money out of the municipal market and putting it in cash could cost you. 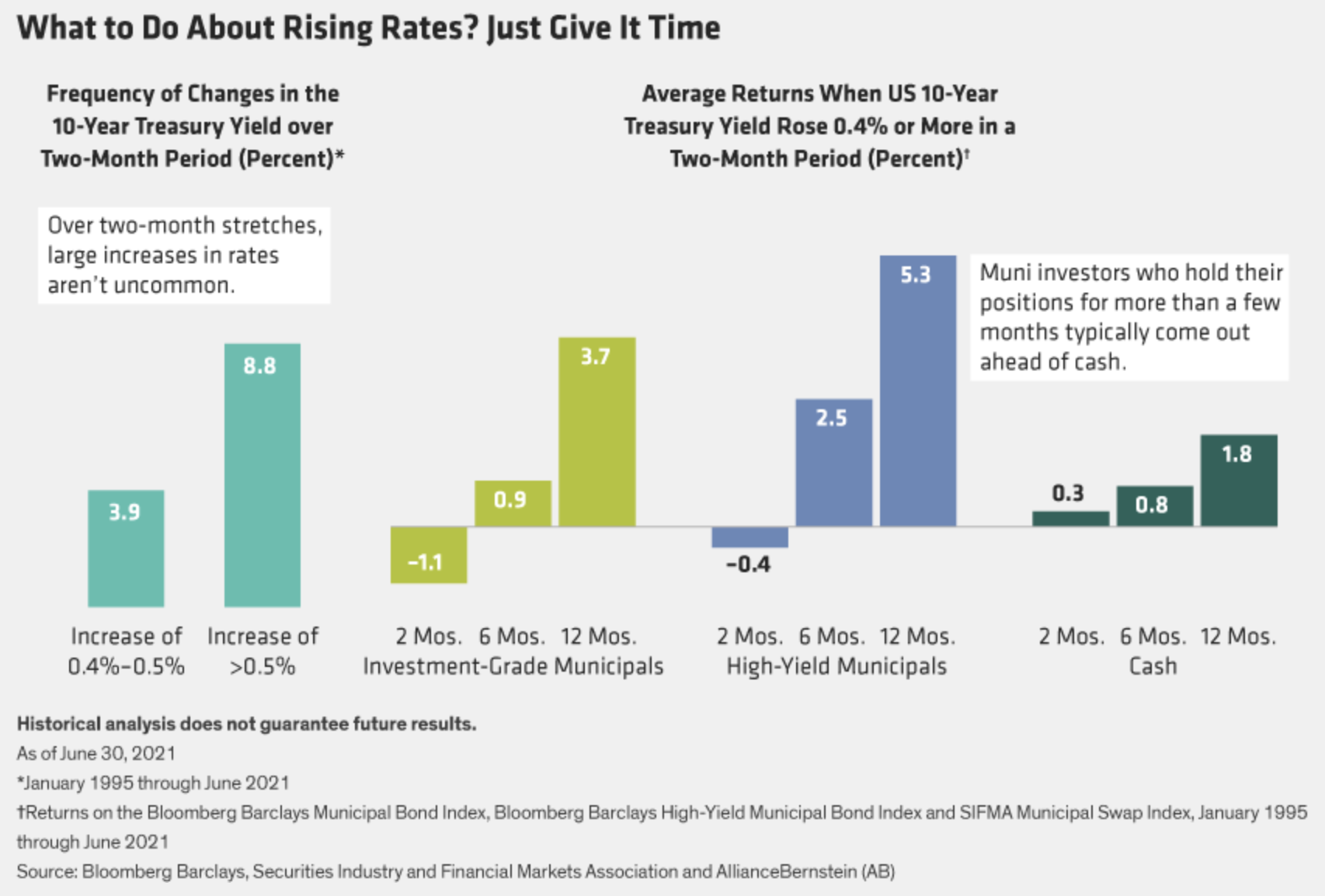 From January 1995 through June 2021, Treasury rates rose more than half a percentage point over a two-month period at a frequency of nearly 9%. An increase of more than 0.4% occurred at a frequency of 13%. Unfortunately for investors, it’s hard to predict exactly when those rate rises will occur.

Nonetheless, we compared how an investor who timed a move to cash just right would have done during those periods when the 10-year Treasury yield rose more than 0.4% in two months. At first, the cash investor would have outperformed the investor who had stayed put in either investment-grade or high-yield munis. But within three to four months of the start of the rate increase, muni investors would have broken even. By six months, on average, munis were handily beating cash. And by 12 months, they were dominating, at 3.7% and 5.3%, for high-grade and high-yield municipals, respectively, versus 1.8% for cash.

The winning tortoise in this race? Municipal bonds.

Simply put, when money sleeps, it stops working for you. As a muni investor, you need your money to work hard. So as rates rise, consider staying invested and letting the power of yield plus time fuel your race.

Related: What Are Bond Investors Thinking? Their Three Top Concerns