Would You Believe They Put a Man on the Moon?

This quote has stayed with me throughout my life. Every time there is a new technology, we start with seeing it with awe and wonder then, within a few months, we view it as part of the fabric of our lives. We take it for granted.

I’ve lived through momentous changes from the first person to walk on the moon to the ability to walk around with music (the Sony Walkman) to the day where we carry our library and record collection in our pocket.

These are minor things compared to the major things, and there have been a few major things in recent years that are wondrous and wonderful. Most of these can be measured by what humanity is doing in space.

The first most memorable moment of recent times was the New Horizons space trip to Pluto to capture an HD photo of the planet. 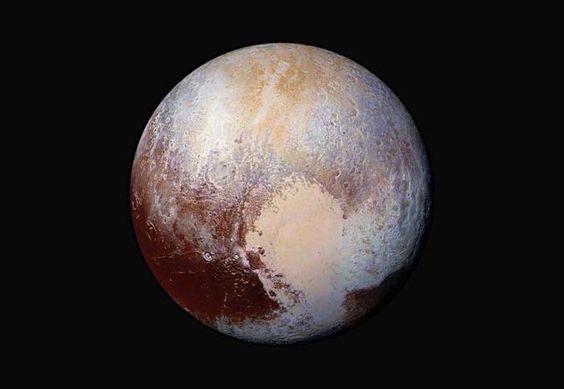 A planet only discovered in the 1930s is now somewhere we can fly by and see up close. I remember at the time that someone said it was like throwing a ball from the shores of America and having the exact person you wanted to catch it, receiving it on a European beach. In other words, an incredible shot.

Another incredible shot was the OSIRIS-REx mission to pick up a sample of soil from an asteroid. The asteroid is travelling fast, and landing on it was compared to falling off a bridge whilst blind-folded and landing on a speeding train in a first class cabin seat, sitting neatly of course. It’s not easy.

Then, like many of us, I was enraptured by the landing of Perseverance on Mars the other day. What really struck me as I watched the images is that we can now watch, in real-time, things happening millions of miles away in high definition. 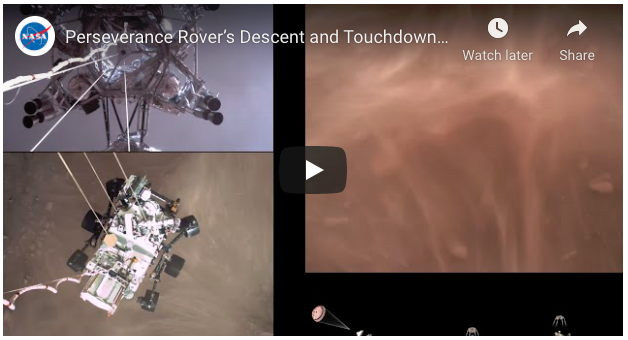 The Moon is three days away; Mars is six months away; Pluto is ten years away. How much planning goes into such missions? How much technology and innovation? How much human effort is expended? How much money invested?

Some say it’s not worth it, but human progress today is measured in discoveries in space. That’s why the UAE and China are also trying to colonise Mars, as is Elon Musk, Jeff Bezos and Richard Branson. The emerging market for reusable spaceships is a case in point. The day we can fly to the Moon and back in a spaceship, as though we were just jumping on an aeroplane to another country, is not far away. 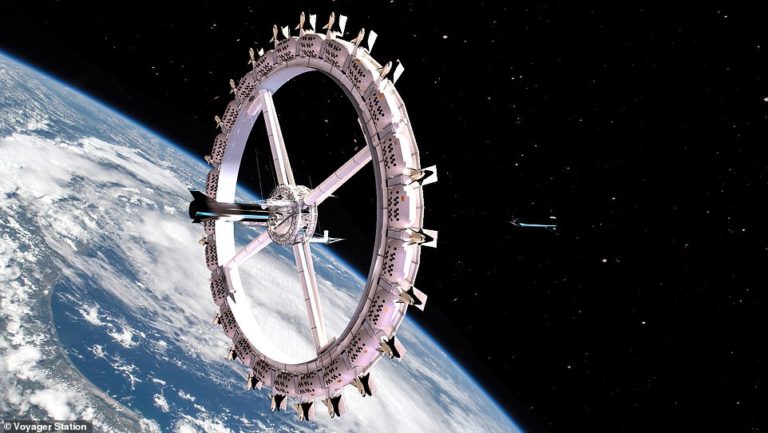 The World’s first Space Hotel will open in 2027

In fact, one Japanese billionaire has launched a competition to find eight competition winners to take a fun trip on SpaceX around the Moon in 2023. Wanna go?

These are exceptional questions to ask as, when I was born, we could hardly imagine travelling to London, let alone overseas. Yes, I’m old, but air travel half a century ago was for the rich and glamourous, not the great unwashed. Today, thanks to cheap airlines, anyone can travel anywhere on Earth, as long as there’s no lockdown. Tomorrow, thanks to cheap spaceships, anyone can travel anywhere in space, as long as there’s no atmosphere.

The thing is, as we achieve all of these wondrous and incredible things, I sit here and look at my mobile banking app. My mobile banking app tells me nothing. It gives me no alerts, no predictive analytics, no view of my future exposures and spending, no idea about a transaction that I don’t understand … 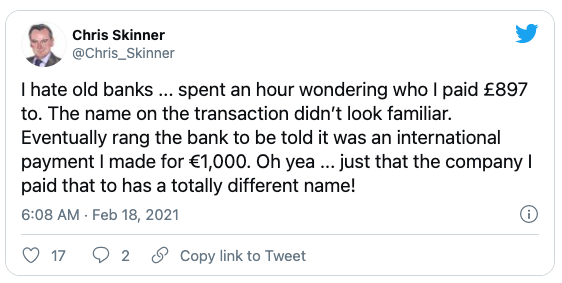 Where is the bank built for spaceships?