What is President Xi’s Agenda?

I was talking with a friend in Asia and went back to my traditional discussions of how Asia, Africa and LatAm markets are shaking up finance more than Europe and America. They then asked me the difficult question: But what about President Xi? Urmmm, what about President Xi? Well, it’s the question of China’s recent crackdown on big tech that began with cancelling Ant Group’s IPO just three days before it was going live.

Question: Why would China kill the goose that laid the golden egg?

Answer: Because the goose started to get annoying.

That’s my take on it. It appears, building on my comments about Jack Ma and Ant Group’s cancelled IPO, the goose started to talk-back so the farmer killed it.

The thing is that if the goose talks back and you kill it, then you lose the golden eggs. Is that what’s happening in China?

Of China’s 160 “unicorns” (startups worth over $1bn), half are in fields such as ai, big data and robotics.

China’s tech industry is worth over $4 trillion but, since the PRC’s (People’s Republic of China) started its crackdown “there have been over 50 regulatory actions against scores of firms for a dizzying array of alleged offences, from antitrust abuses to data violations. The threat of government bans and fines has weighed on share prices, costing investors around $1 trillion.”

Why would China’s government do this? Why would they kill the goose that laid the golden eggs?

Well, it’s all about power. China allowed the technology industry to grow with light-touch regulation. They started to change this a few years ago when they cracked down on P2P lending – that was 2018. They then looked at the arrogance and power of Alibaba, Tencent, PingAn, Didi, Baidu and other major players. Unlike in the Americas, where Big Tech can lobby government and avoid governmental interference, it doesn’t work that way in China. In China, if the government wants change, it just does it.

As a guiding principle, the vice-premier, Liu He, recently stated that China is moving into a new phase of development that prioritises social fairness and national security, not the growth-at-all-costs mentality of the past 30 years. The government will guide the “orderly development of capital” to suit the “construction of a new development pattern”. Barry Naughton of the University of California, San Diego, calls this the “grand steerage”. Dexter Roberts of the Atlantic Council, a think-tank in Washington DC discerns an echo of Mao Zedong’s “politics-in-command” economy. Either way, it is a break with the old pro-growth model and the beginning of “real state capitalism”, as one investment banker puts it.

This is why Jack Ma has been confined to his mansion in Hangzhou, making short trips to Beijing for the past year, unlike his freedoms before. 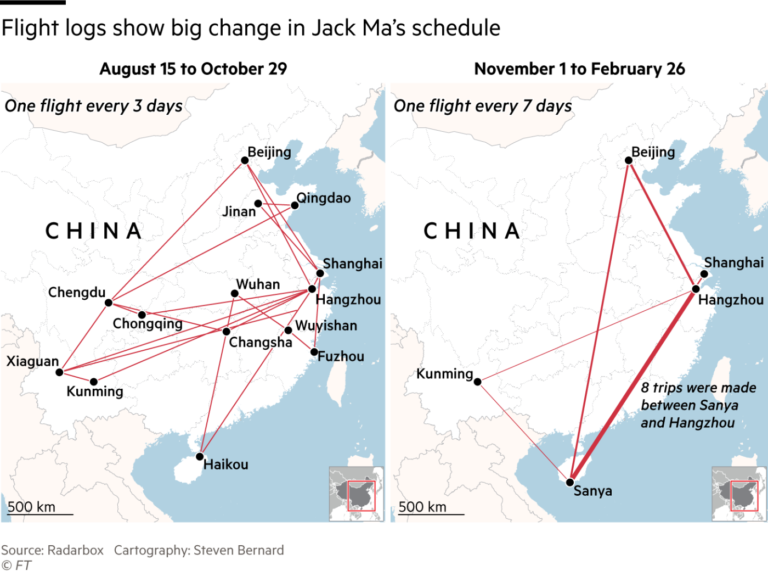 The result, as my friend was asking, is that China’s technological leadership is changed but not beaten. What President Xi and the PRC want is far more innovation, but under state control and with the redistribution of wealth to create opportunity for everyone, not for the few.

It’s an interesting about-turn and will be fascinating to see how it pans out. Does this mean that people like me are disillusioned by China’s approach? Not really. China has created mega-cities and mega-innovation through opening their markets. If they regulate them to be more equal for all, maybe that’s a good thing? In fact, maybe it’s a further sign of what stakeholder capitalism means. You don’t want multi-billionaires whilst millions are struggling. You want all of society to benefit.

President Xi calls it “common prosperity”. Oh shoot, that sounds like communism. Now, where would that come from?

The thing is that it’s not without controversy as debate rages about how this might create an economic slowdown and such structural reforms are not good for the country. We shall see.

Related: China’s Tech Crackdown: Its About Control, Not Consumers or Competition!