The Impact of the US Election on Finance and FinTech

No politics from my side here, but just reflecting on the politics of America. The US election – whatever your view of its process and outcome – leaves us with a different perspective on financial markets and, specifically, on FinTech start-ups and funding.

Looking at US dollar rates, they’ve been driving down during the build-up to the vote – which is not surprising, it’s normal – but a Trump win would see continuing global issues, frictions and strains, whereas a Biden win would see more inclusion, building bridges and working with China.

One of the main divisor points for investors is what will happen to the US economy as, if Biden wins, it is likely that a massive financial stimulus package will aim to be introduced whereas, if Trump wins, it’s more of the same.

According to The Economic Times

“There are talks that if Biden wins, both the presidential election and the Senate, the number [for the economic stimulus package] could be as high as $5 trillion. That would be a big kicker, not only for Wall Street, but even the emerging markets. If you look at where FIIs have been putting money, India and China are the only two markets in the entire Asia Pacific region that are seeing positive inflows for the year to date,” Shiv Sehgal of Edelweiss Securities said.

In other words, a victory for Joe Biden and the Democrats could set the stage for a large pandemic relief spending package which would bolster the economy, increase consumer spending and create growth, even as coronavirus cases surge again. It would also mean big deficits in the near term, potentially pushing longer-term interest rates higher.

Except it ain’t gonna happen … 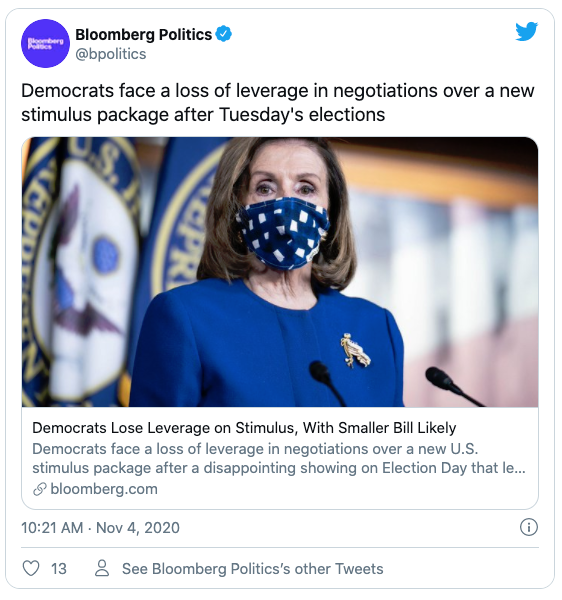 … not enough blue across America, and too much red.

Nevertheless, we now have an uncertain outcome and uncertainty is what investors hate. In fact, according to Bloomberg, the worst case scenario of the US election has happened: a contested election and a Joe Biden presidency with a Republican Senate.

As a rule of thumb, a Republican lead is supportive of stock prices as Republicans tend to favour policies which boost company earnings and shareholder profits. Alternatively, a Democrat lead would have the opposite impact on equity prices as Democrats would concentrate on redistribution of wealth, and social rights and benefits.

In addition, markets tend to perform better when the sitting president stays in office for a second term. It is, again, a matter of more certainty, and a switch from a Republican to Democrat government could have a negative impact on stock prices as investors factor in business-unfriendly changes such as tougher regulation, higher corporate taxes and so on …

The worst case scenario will be if Trump loses the election but doesn’t accept the results, in which case a huge amount of the US government’s time, attention and political capital is going to be sucked into the constitutional crisis that will ensue. A turbulent political and legal drama such as this engulfing the world’s biggest democracy and economy is likely to rattle global markets, as the world holds its breath to see where the chips will fall.

Oh dear. Times aren’t looking good for Americans. What about the impact on FinTech? According to Business Insider three main things will happen:

Interesting times indeed. All we can say for now is that the next month or two becomes even more difficult to predict, thanks ot such a divided result across the United States, but VC funding of FinTech? Just marching onwards and upwards.

According to data collated by CB Insights on the fintech space in the third quarter, 60% of all capital raised by financial technology startups came from just 25 rounds worth $100 million or more. Overall fintech deal volumes fell 24% but dollars invested in FinTech startups were up to $10.631 billion, the second-best single-quarter tally since mid-2018.

Anyways, whatever happens in the US of A, we here in Europe and particularly in Britain are glad that we have an electoral system that works. 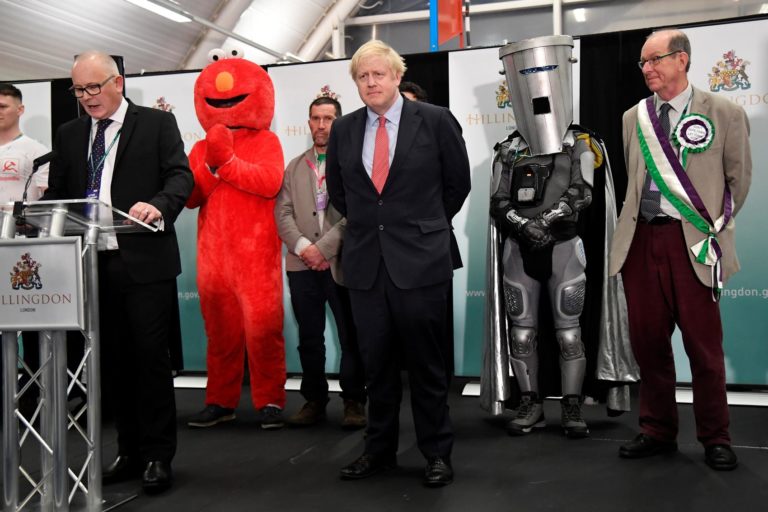