The Future Ain’t What It Used To Be …

I’ve recently shared a couple of quotes from years ago that gained a lot of social media traction.

“In its final development, the telephone will be carried about by the individual, perhaps as we carry a watch today. It will require no dial and the users will be able to see each other. Who knows, but it may actually translate from one language to another.” 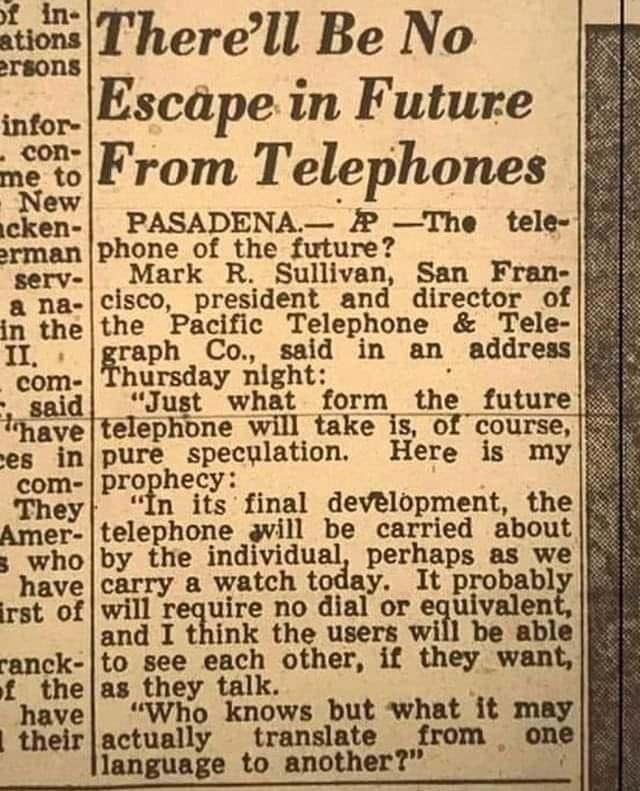 But then, in response on LinkedIn, Jim Oakes added this quote from Nikolas Tesla from 1926:

“When wireless is perfectly applied [to] the whole earth” humans will “communicate with one another instantly” with the clarity of a face-to-face meeting, using a device that “will fit in our vest pockets.” 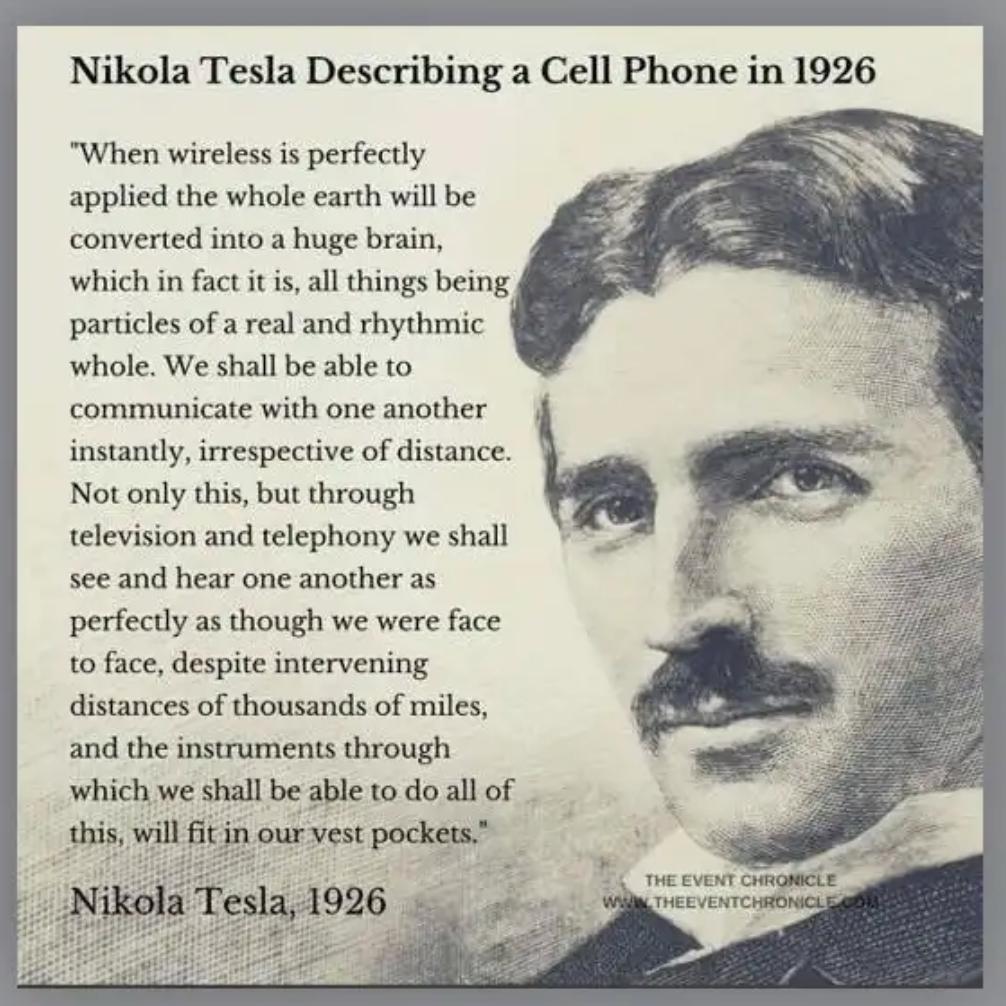 Both quotes are apparently true, according to Snopes, and they make me feel a bit lame. As someone focused upon the future, I’m meant to know what’s happening tomorrow. These guys were doing that years ago.

Therefore, it made me think about writing something about 100 years from now.

100 years from now, we will meet in reality virtually. We will live in that virtual reality where we can travel between worlds without travelling. We will feel like we are there when we’re not there. We will be living science fiction as fact.

A lot of science fiction becomes fact. It’s not so abstract. It’s fact.

I’ve commented before about how much of Star Trek has become fact (September 2012) and therefore it does not surprise me when visionaries make statements that seem phantasmagorical but they become fact.

Fact: we will become a multiplanetary species (thanks Elon Musk)

Fact: technology will be so immersive that it becomes immersive and symbiotic

Fact: governments, regulators and police will find it hard to catch those who commit crimes in reality through virtual access

Fact: you will find it hard to distinguish between real life and virtual life

I could go on, but two visions come to mind. First, the Holodeck of Star Trek. That will be the way we live soon. We will travel into other worlds and they will stimulate all five senses, not just sight and sound. Second, Princess Leia’s message via R2D2 in Star Wars. She sends a hologram message. Thing is that the message soon would appear to be Princess Leia in reality, not some grainy hologram image.

Therefore, a century from now, I can imagine talking to my brother or sister face-to-face in virtuality. I wouldn’t realise that they were 1,000 miles away. They would appear to be here, in the room with me, right here, right now. I could shake their hand, smell their hair, kiss their cheek, but they might be in Australia, America, Asia, Africa or even Aar. It doesn’t matter because everything is networked and virtuality is seamlessly integrated with physicality. Oh, and I can carry the whole thing around in my vest pocket!