FinTech: Separating the Wheat From the Chaff

Some FinTech firms are quite old. Depending on how you call it PayPal, Zopa and others have been around for a couple of decades. They saw a downturn in 2008 with the financial crisis, and survived. But we are now in a different situation.

2022 is seeing the toughest times for all. Interest rates rising, redundancies increasing, an energy squeeze, inflationary markets, shortages of food and more. It is not looking good out there. What does that mean for FinTech?

I forecast at the start of the year that this would be a hard year for FinTech with investments drying up. In the first quarter of 2022, global FinTech saw its biggest drop in funding in three years, as deal numbers fell to a four-quarter low.

Some are forecasting that this means major names like Klarna having to downsize – and making layoffs badly  – and challengers like Varo, a US bank, might even hit the wall. 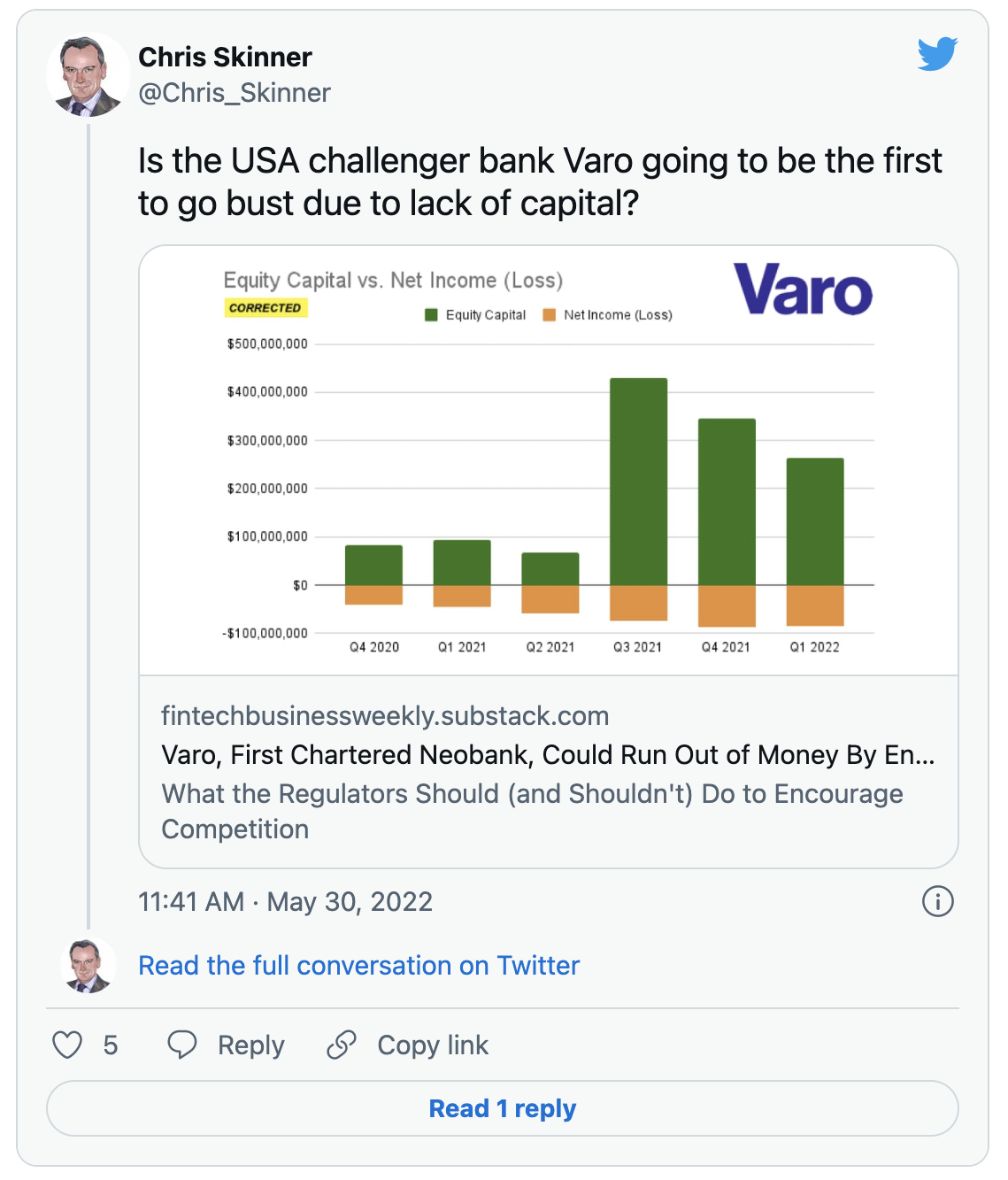 Some will hit the wall if they cannot get their next series of funding and yes, some major names will be included. That does not mean they disappear. They get acquired and merged, because their ideas and customer base are on sale and cheap. Who are those names?

For a start, Buy Now Pay Later (BNPL) firms like Klarna are going to go through a really hard time. The Wall Street Journal summarises this well, showing that rising costs, delinquent accounts and late payments are creating a big squeeze on such firms. Add to this that the BNPL business model is 100% reliant on consumer spending increasing, and you can see the challenge.

Mind you, in another context related to BNPL, is the whole loans and credit business. Many start-ups have been growing through a reliance on loan originations. That market will grow during this downturn, as consumers need funding. So watch out for the P2P lenders buying the BNPL failures.

It is likely that there will be some neobanks that go belly-up. There are too many of them vying for business, with too many doing similar things, and too many not being disruptive but just emulating and reimagining what everyone else does.

Having said that, the big banks have wanted to be uber-cool for years and not succeeding. Could a Monzo become part of Barclays? Could an N26 be acquired by Deutsche Bank? Weird idea and probably won’t work out well but hey, you never know.

The third area that is having a rollercoaster ride is cryptocurrency. We saw the death of LUNA, and the knock-on effect was most currencies losing half or more of their value. Kids are crying over their lost life savings, but the good news for them is that they still have a long life to go. Nevertheless, it does mean that we have huge bumps in the road ahead for bitcoin and its brethren. Hodl your breath and see how it goes.

Those are the three big areas to be hit in 2022 for me – BNPL, neobanks and crypto – that will take a hit, but there will also be a serious tightening of belts. I wrote the other day that too many FinTechs are being valued as Techs rather than Fins. This means we will see some unicorns reverting to be centaurs, and valuations reigning back from billions to millions.

The weak will go under; the strong will survive.

Does this mean the FinTech bubble has burst? Not at all. It just means we are separating the wheat from the chaff, and that’s a good thing isn’t it?

Related: Are FinTechs Being Valued as a Financial or a Tech?