After over a decade of seemingly endless political turmoil in the United States, the concept of passing bipartisan bills has felt more like a pipe dream than a reality. But last month, one subject presented itself that received overwhelming support from both sides of the aisle. The U.S. Senate sweepingly passed an industrial innovation bill into legislation, intending to invest in the development of homegrown, key technologies.

The U.S. Innovation and Competition Act is aimed at spurring innovation through increased industrial funding, ultimately upping the US’s global status for technological developments. The bill allows for a whopping $250 billion to be flooded into research, small businesses, and American-developed technologies. These aren’t your average industrials, with funding going to industries ranging from semiconductors, to robotics, to quantum computing, to AI.

The bill was passed in a landslide, highlighting the critical importance of the race for AI in the U.S. and abroad. In fact, PwC estimates that the deployment of AI could add up to $15.7 trillion in global GDP by 2030. We expect this funding to spur immense development in innovation and will contribute to the growing opportunity for those looking to invest across the spectrum of disruptive technology. 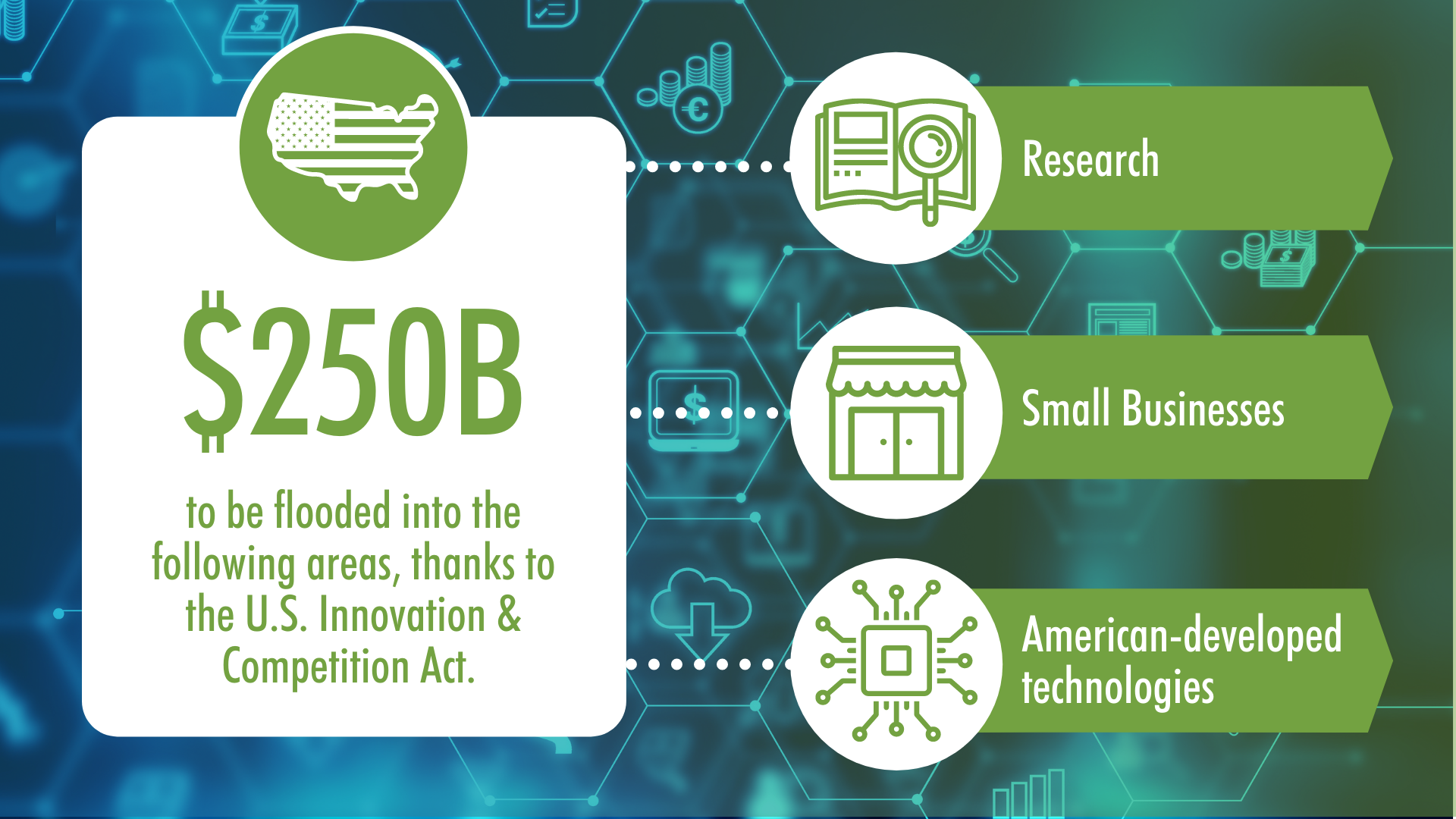 To truly understand how we got to this moment in the U.S., we must first look east. While the U.S. was once at the forefront of disruptive technology, we’re witnessing an undeniable shift in technological leadership as China continues to prioritize its position in high-tech manufacturing. As the stakes continue to grow in the race for AI dominance, China’s competitive edge is now pushing fellow global leaders to embark on a robotics rat race.

There are a few specific catalysts for China’s recent shift into its position as an AI superpower, the most prevalent of which is the country’s “Made in China 2025” program. This state-led policy was passed in 2015 with the forward-looking initiative of growing into high-tech dominance. The program aims to overhaul the infrastructure of China’s manufacturing industry by not only driving down costs but also—and perhaps most importantly—by improving the quality of everything it manufactures, from textiles to automobiles to electronic components.