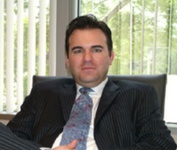 Todd Shriber got his start in financial markets as a reporter with Bloomberg News. Later, he became a trader at a Southern California-based long/short hedge fund where he specialized in trading sector and international ETFs leading up to and during the financial crisis. He would later become the web editor at ETF Trends. Currently, he analyzes, researches and writes on ETFs for a variety of Web-based publications and financial services firms.Shriber has been quoted in the Barron's, CNBC.com and the Wall Street Journal. His work has been published on Web sites such as Benzinga, ETF Daily News, ETF Trends, Minyanville, MarketWatch, Fox Business and Nasdaq.com. Shriber has a degree in broadcast journalism from Texas Christian University.