If the current market phenomena were to star in a Shakespeare drama, they would be ideal candidates for the Three Witches. Can you guess who would play who?

Have you ever heard of Shakespeare’s mythological characters, the Three Witches? They are depicted as prophets who represent evil, darkness, chaos, and conflict.

If you look at the market today, you will find ideal candidates for these dark roles. However, while rising commodity prices and inflation have a casting win in their pocket, there is no certain actor to play the third witch. Would the recession stand a chance?

No Easter eggs today – instead, here is a story that may provide food for thought. 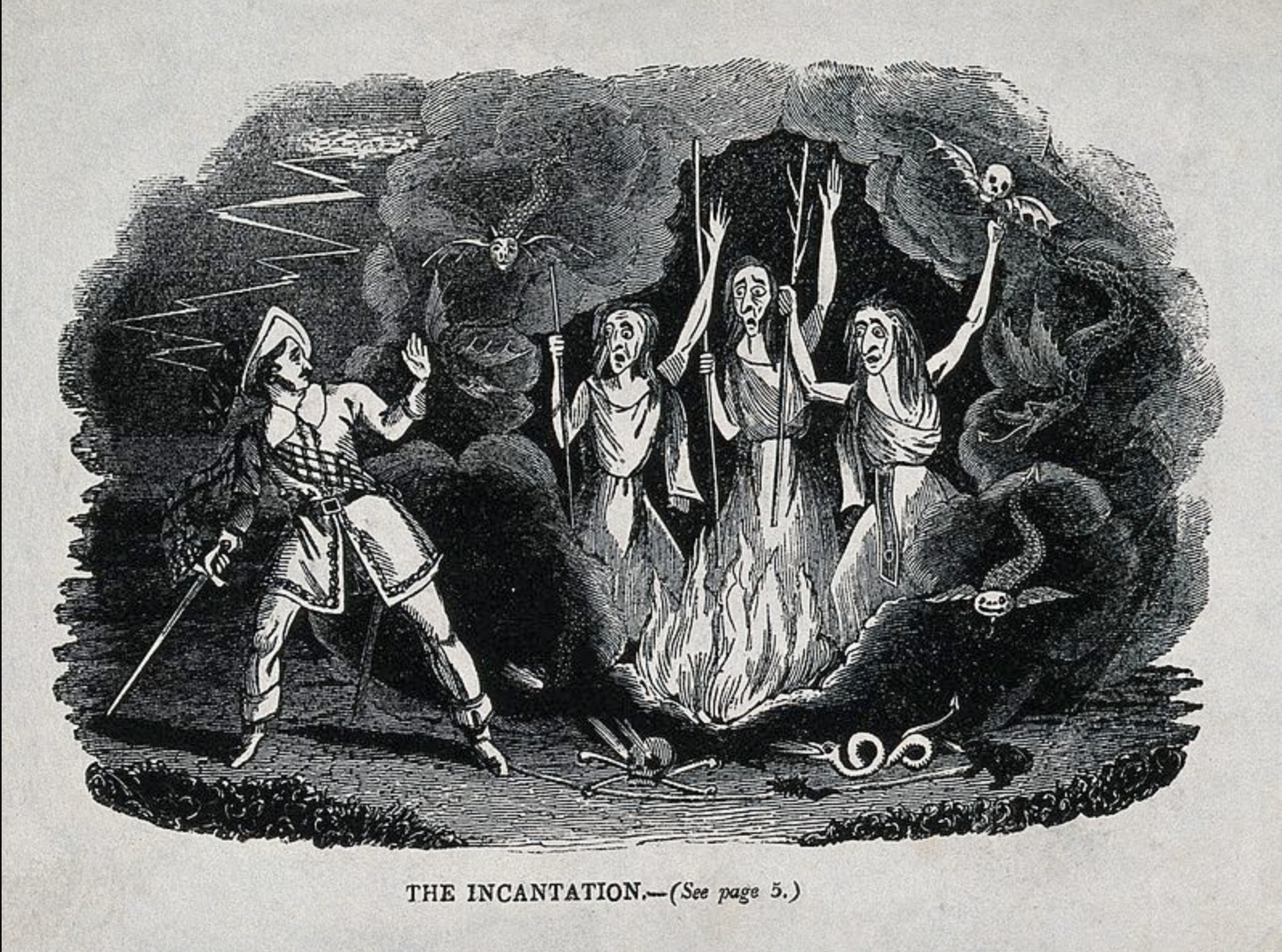 Let’s start by representing an economic cycle with its different phases: 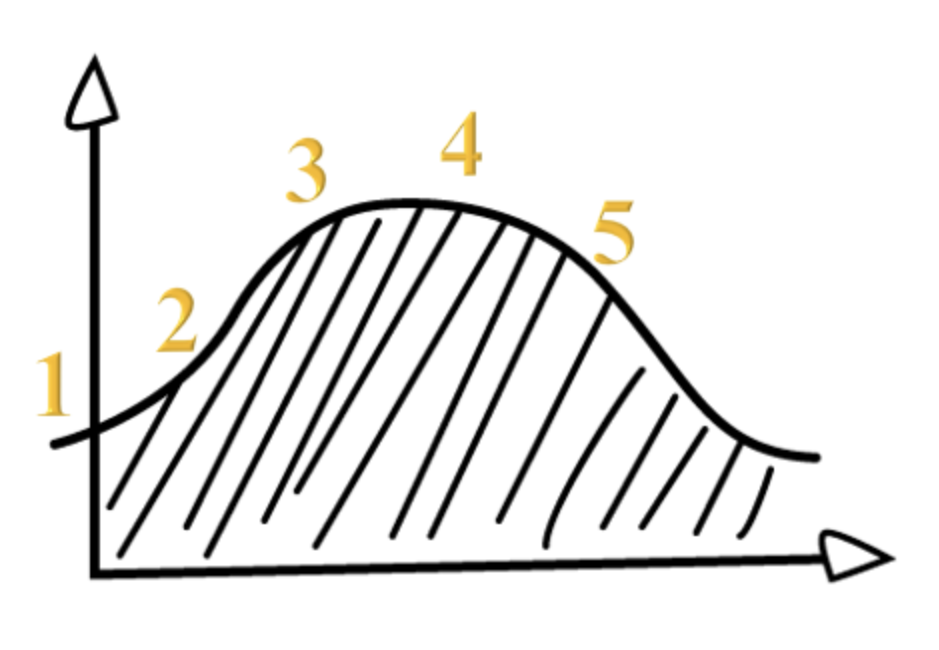 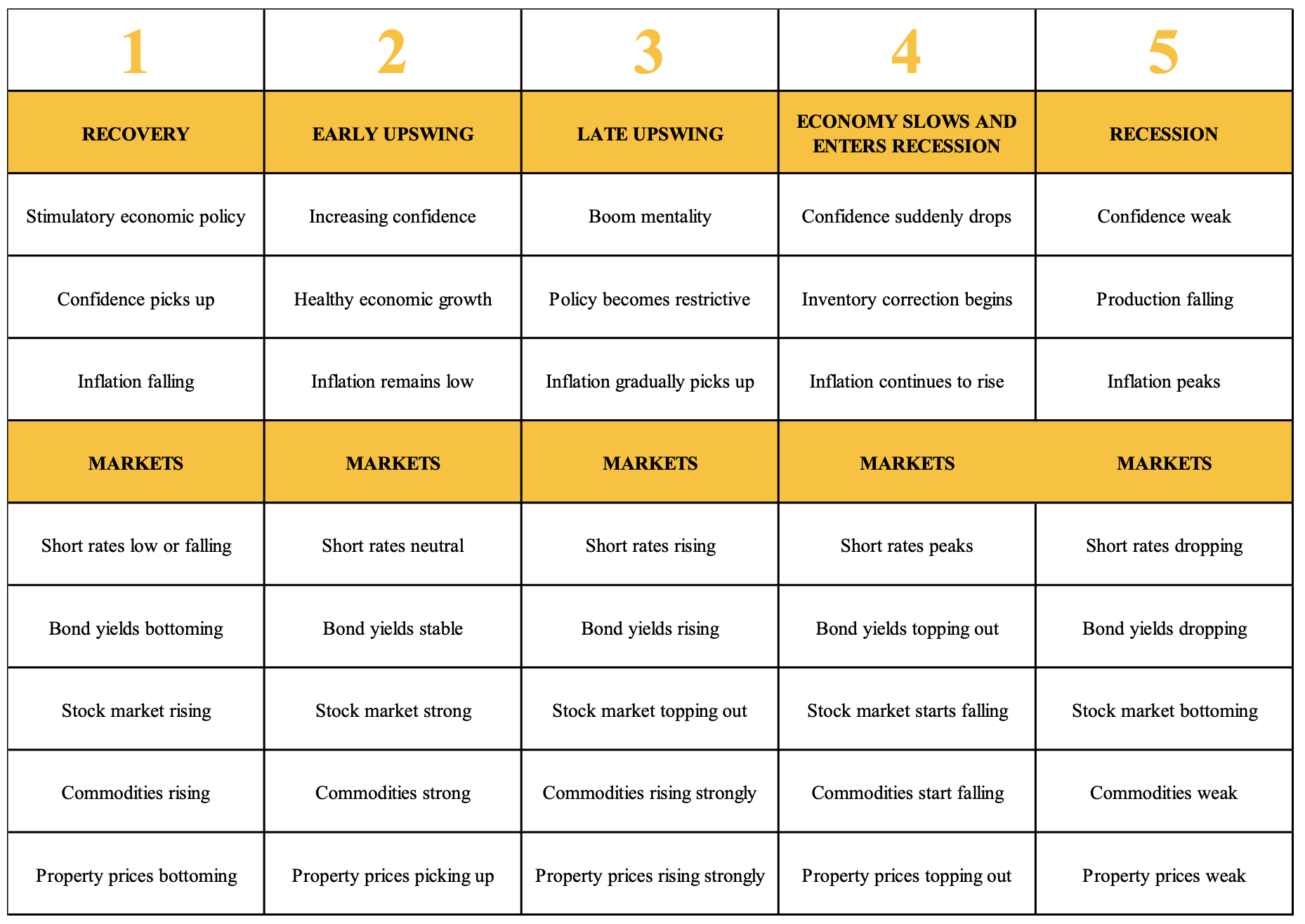 Global commodity prices – in particular energy prices – surged at a fast pace following the COVID crisis. Notably, as major central banks responded to the economic slowdown by printing money, rising levels of inflation were observed as a result of accommodating monetary policy combined with accelerating oil and gas demand. The context was tight supply and high volatility triggered by (geo-)political unrest around the world (crises, wars, etc.).

In fact, those inflationary periods of surged prices (foremost, fuel prices are often those pulling the trigger) are usually followed by a sudden drop in consumer confidence and, therefore, a sudden fall in demand, which may lead to a recession phase.

To predict those phases, some analysts tend to spot the inverted bond yield curves. In one of its articles, Investopedia explains The Impact of an Inverted Yield Curve as the following:

From an economic perspective, an inverted yield curve is a noteworthy and uncommon event because it suggests that the near-term is riskier than the long term.”

Now let’s have a look at the mystic US government yield curves over the past 30+ years: 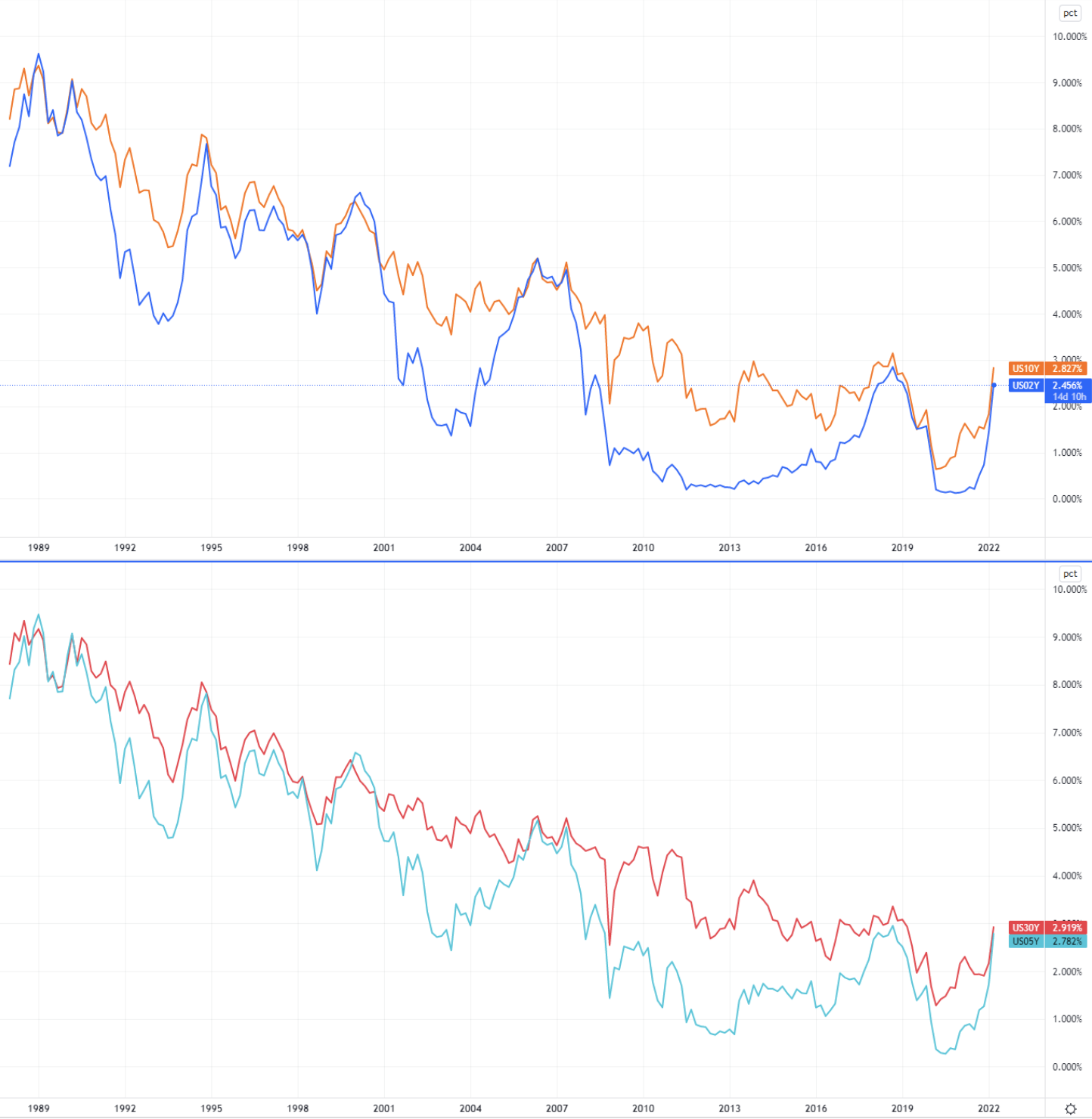 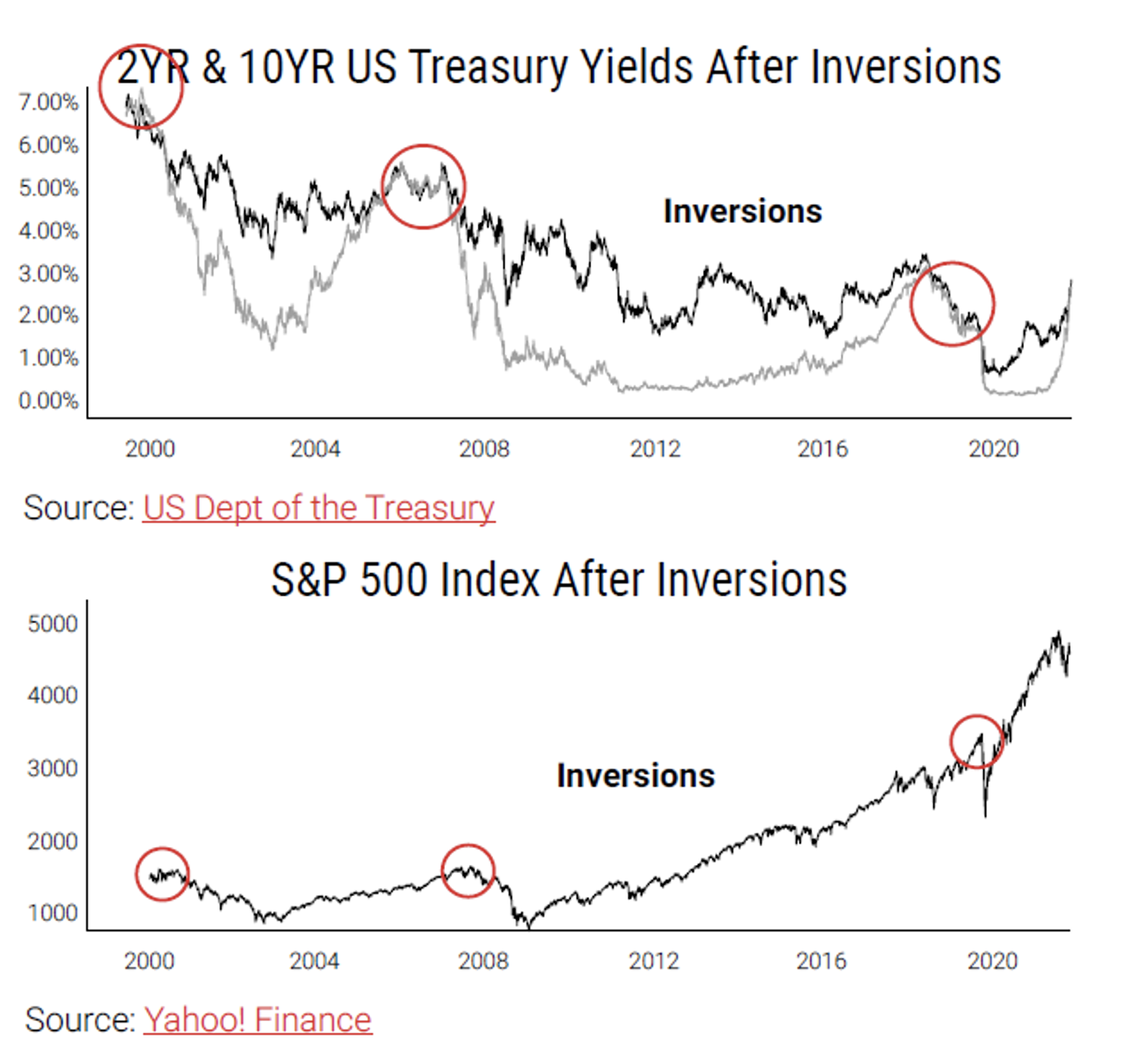 As you can see, the above charts demonstrate that US treasury yield curve inversions may sometimes be followed by a sudden drop in equity prices.

Alternatively, David Linton was also showing how big falls in bonds were preceding big falls in stocks in a recent tweet: 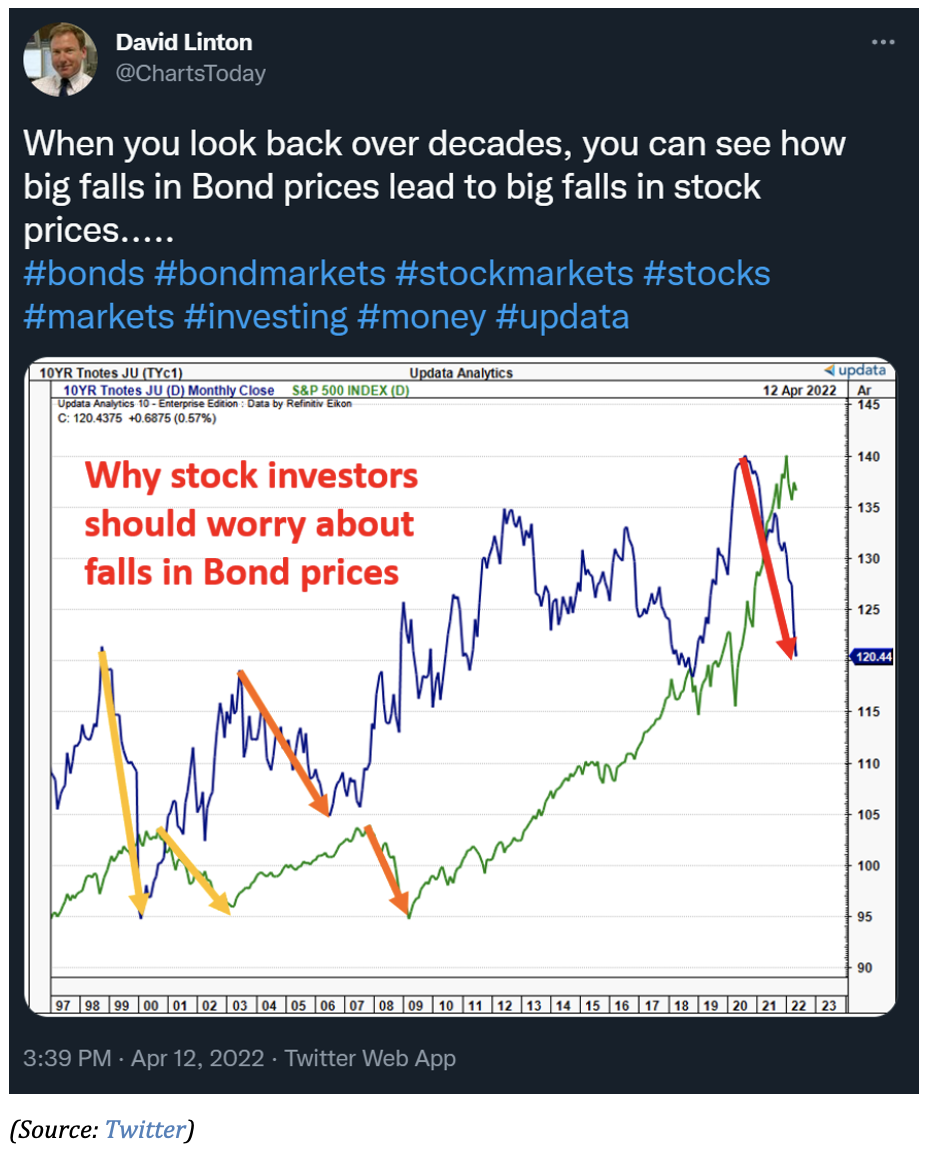 Do you think that the Federal Reserve (Fed) will be able to tighten its monetary policy as planned? Will stocks collapse? Will this trigger a recession? If so, when?

In what phase of the economic cycle do you think we are? 3, 4 or in between, maybe?

Growth will continue for now, and so will demand... However, as soon as the Fed begins to tighten as planned, the S&P will plummet. So, the Fed will either be forced to stop to prevent a crashing stock market and falling risk sentiment from hitting growth, or just go ahead with tightening to keep inflation at bay and face the consequences. In the latter case, Powell loses his job...

Following ongoing inflation, there could be a recession with a collapse in demand in about 6 months or so. On the energy side, despite the drop in demand, prices shouldn't drop too much as they might still be supported by limited supplies. Any ideas about a projected time horizon?

Regarding the Fed, I don't believe much in rate hikes. If they do so, they will plunge off their looming debt cliff. Maybe the Fed could keep communicating about future hikes if the markets are crashing. However, if they do any actual hikes, I bet they would probably be tiny ones, just to show some signals, but in the end, the actual rates wouldn't be much changed. J. Powell seems to be pretty much stuck. 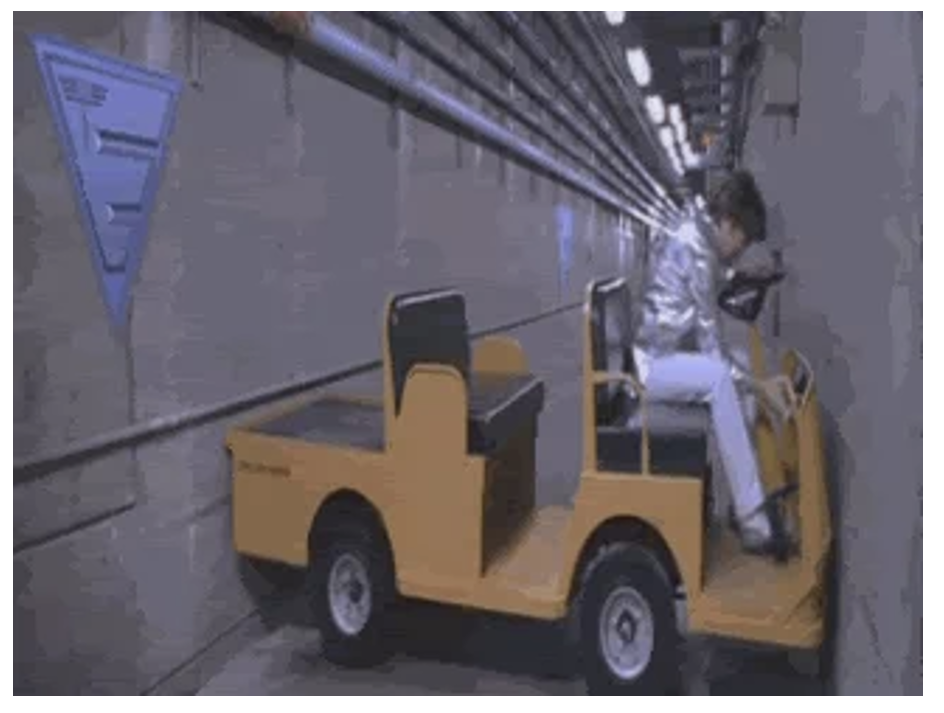 Anyway, it is a moment of truth for central banks.

Let me know what you think in the comment section.

That’s all, folks, for today. I hope you’ve had a great Easter weekend!