The Tectonic Movement From Paper to Data

April 20 was Dogecoin day. Did you notice? 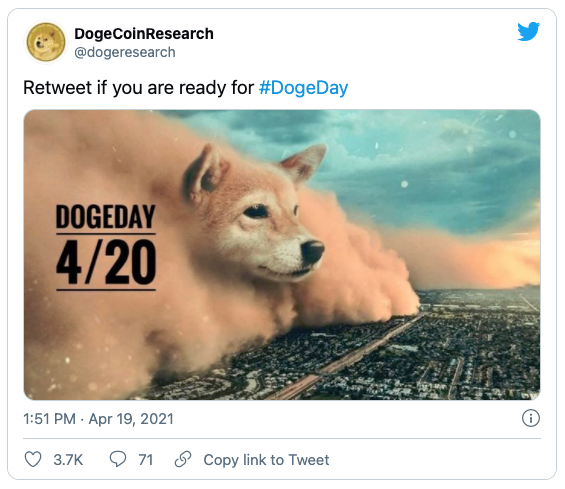 In banking, I’ve written about the challenges of becoming cloud-native versus cloud-based, but it’s more than this, and it’s demonstrated big time by what’s been happening with GameStop and Dogecoin. The customer is voting with their wallet.

Banks have spent a decade pissing all over cryptocurrencies, but the customer is now saying they want it, and the banks are starting to wake up. Everyone from JPMorgan Chase, Goldman Sachs, Morgan Stanley and Citi are now talking crypto, but not in the wallet. They’re talking crypto for record keeping, as an asset, as a service but not as a currency.

Coinbase talk about it as a currency. I was quite taken by my friend and colleague Ron Shevlin – he who is the most cynical about anything tech, which is why he’s a snark – who is now convinced about cryptocurrencies. Not because it’s his view – it’s the customer view.

This is because a survey Cornerstone Advisors recently performed found that:

… and yet “eight in 10 financial institutions have no interest in offering cryptocurrency investing services to their customers—and just 2% said they were very interested.”

Bear in mind Satoshi Nakamoto’s white paper on bitcoin – did you ever actually read it? – is only just over a decade old (November 2008) and I just wonder where we are going with this. It’s kind of like looking back at Tim Berners-Lee’s ideas of a worldwide web. That was published in March 1989 and laid the groundwork for today’s internet. So, imagine you’re in 2002, thirteen years later. There’s just been an internet boom and bust. People thought firms like Amazon would be trashed and the internet was just a fad. Twenty years later, boy have we woken up (and woked up).

This is where we are right now with crypto. Trash it at your peril.

In my humble opinion (imho), we are going to the future and think about if you could have invested in Amazon back in 1989 or 1995 or 2000 or anytime before. 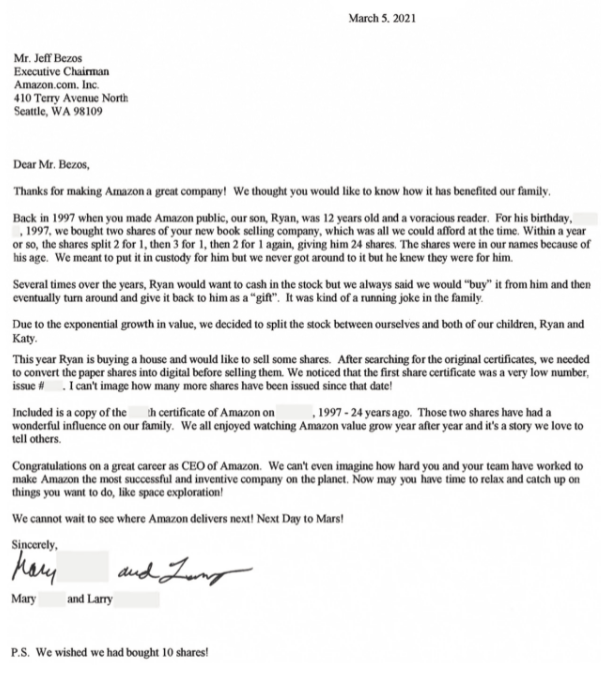 That’s where we are right now with cryptocurrencies.

The trust in institutions is at an all-time low.

Doge is part of the same trend that pumped GameStop and other meme stocks earlier in the year. It comes from the same sense of unfairness, frustration, and anger at the world’s institutions and elite that continues to print money and bails out the banks.

Every time the Financial Times rolls its eyes at Doge, or meme stocks or wallstreetbets it adds fuel to that fire. The financial elites sneer that “greater fool theory” is playing out (i.e., “some dumb sucker will buy Doge after me, and I’ll make a load of money”). And look, they’ve got a point when big money is on the line; regular people can get hurt.  But it’s the sheer arrogance that typifies an attitude where the world’s elite misses what’s going on.

Centralized structures like governments and regulators were solutions to governance problems we encountered in the industrial age.

[If you want more on this, download my white paper]

I’m getting to the point that, when I look at the incumbent banks, I think they are sleep-walking into the abyss. Wake up!!!!!

There is a seismic shift from industrial to digital and crypto is leading that shift in the financial worlds. It is why central banks are running scared and launching CBDCs and why banks have no idea what to do, as demonstrated by these two headlines last week:

It does not mean that banks are disrupted, destroyed or disintermediated. It just means that banks built for digital needs will acquire the customers of banks that are not.

And note that this boy may have cried wolf for years. Well, maybe the wolf is finally here.

Related: How Data Is Changing the Financial Services Landscape