The Correction Is Already Over for Crude Oil

According to our previous expectations and in tune with our current trading position, we've witnessed a decline in today's pre-market crude oil trading . However, this doesn’t mean that there are no changes in crude oil’s chart whatsoever. 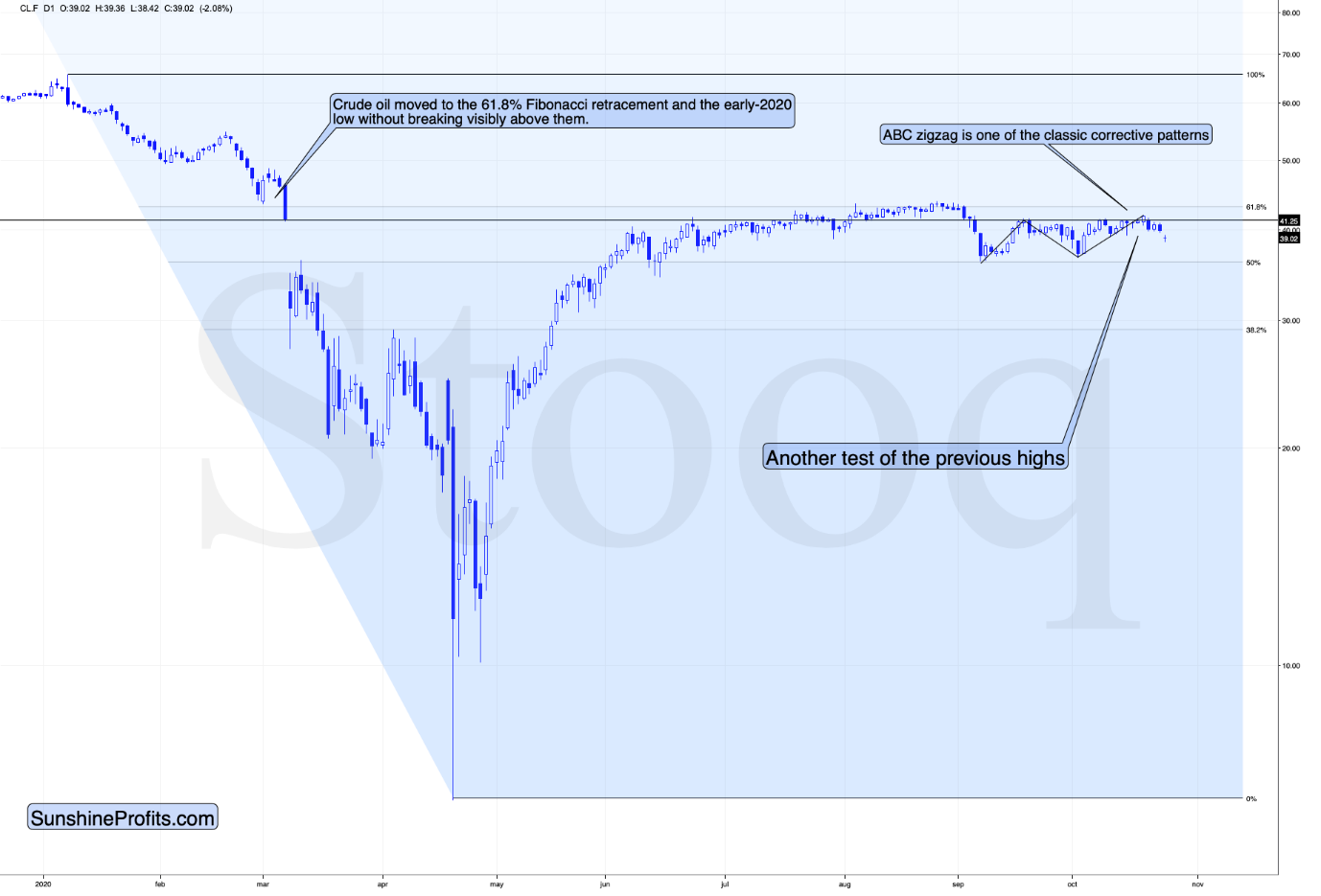 Conversely, according to today’s decline, the price of crude oil topped on October 20 th . Why would this be important? Because this top was slightly above the September 18 th top, and at the same time, the early-October bottom was somewhat above the early-September bottom.

We are aware that the above may sound perplexing, but please take another look at the chart above. We connected these price extremes with the black lines. These lines create a zigzag pattern as of the classic ways for any market to correct its preceding move before it resumes it. The preceding move was downward – the decline that started in late August and ended in early September.

Since what we saw was one of the popular corrective patterns, the odds are that the correction is already over. In other words, instead of consolidating further, the price of black gold can finally move lower once again.

To summarize, for the upcoming weeks, the outlook for crude oil stays bearish, and the most recent upswing did not change that at all.

Related: A Slight Move Higher Has Not Reversed the Bearish Trend for Crude Oil