Silver: A Conceivable Dead-Cat-Bounce on the Cards

Silver is not just any industrial metal. Used as money for centuries, much longer than the fiat currencies have been used, with its specific properties that are also widely used in many industries (best conductor of heat and electricity), with crude oil, it is perhaps one of the most versatile commodities.

As far as the white metal is concerned, on September 24 th , we have warned you about the possible temporary rebound. 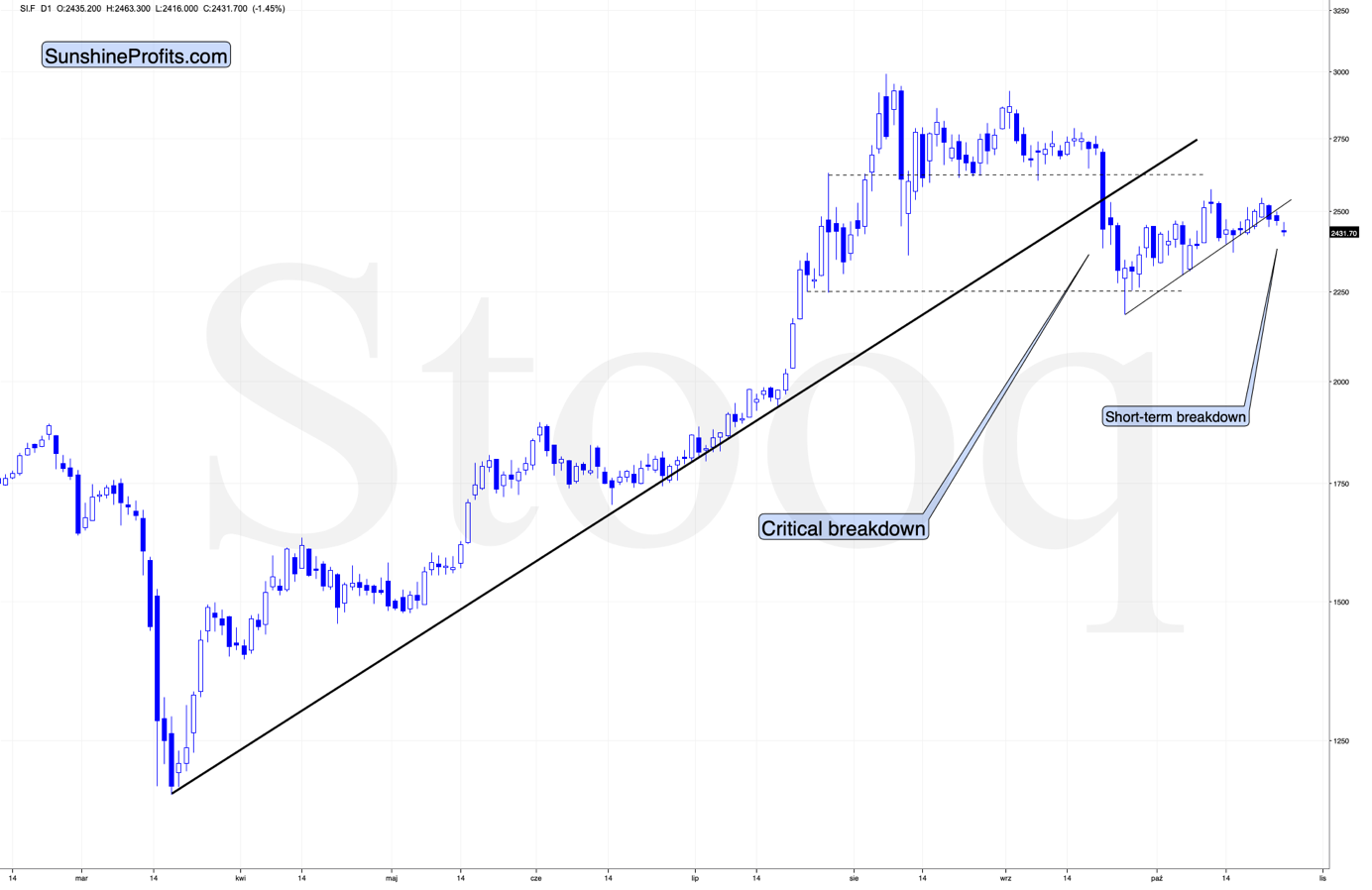 So, is the counter-trend rally over? That’s entirely possible, particularly if we consider the USDX breakouts. However, given the possibility of higher stock market moves, silver could move somewhat higher before it slides once again.

In early March, silver moved higher before indeed plunging, so the current move up doesn’t invalidate this similarity, especially that the coronavirus cases are rising in a quite similar way (this similarity is most visible in Europe).

Technically, silver moved as high as it did on July 28th, on an intraday basis. The corrective rally is not as little as one might think while focusing on just Friday's upswing. But that is not the critical thing here. The key thing is that the breakdown below the rising support line was more than confirmed.

At this point, one might ask how do we know if that really is just a dead-cat bounce, and not a beginning of a new strong upleg in the precious metals sector. The reply would be that while nobody can say anything for sure in any market, the dead-cat-bounce scenario is very likely because of multiple factors, and the clearest of them are the confirmed breakdowns in gold and silver, and – most importantly – the confirmed breakout in the USD Index.

Now, since silver has already broken below its rising short-term support line , the corrective upswing might already be over.

Moreover, please note that from the long-term point of view, silver is not that strong. 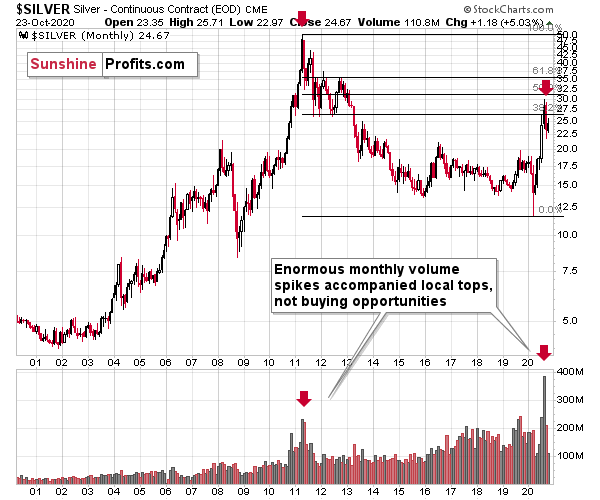 While gold moved to new highs, silver – despite its powerful short-term upswing – didn’t manage to correct more than half of its 2011 – 2020 decline.

Silver has already invalidated its move above the lowest of the classic Fibonacci retracement levels (38.2%), which is not something that characterizes extraordinarily strong markets.

Silver is likely to move well above its 2011 highs, but it’s unlikely to do it without another sizable downswing first.

If you look at the monthly silver volume levels, it seems likely that the next sizable downswing has already begun. The previous substantial monthly volume in silver accompanied the 2011 top. The analogy doesn’t get more bearish than this. Ok, it would, if there were multiple key tops confirmed by huge monthly volume. But the 2011 top was so significant that other tops are not comparable, except for the most recent one. Thus, the implications are bearish.