As bitcoin’s pricing goes up and down as usual – almost $18,000 today (who bought a few for a $1?) – it seems like the world is moving towards cryptocurrencies, as they are now respectable.

They’re not respectable in the eyes of governments and banks … 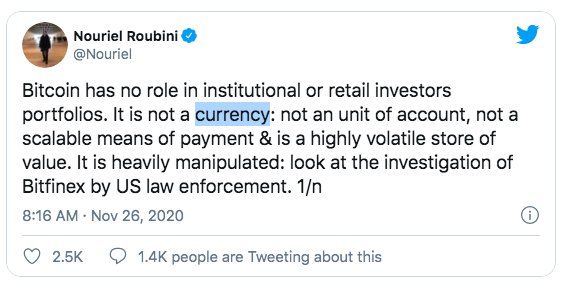 … but they are respectable in the eyes of PayPal, Square and FinTech firms.

PayPal has actually made great strides in recent times to grab a bit of the cryptospace, having lost out to Coinbase and other exchanges. In fact, many believe that PayPal’s entry into the bitcoin and crypto space is having a serious impact on the price.

In a report by crypto investment firm Pantera Capital, they state that a Bitcoin shortage is at the heart of the recent price surge and that the majority of newly minted BTC is being scooped up by PayPal. PayPal’s crypto service is “having a huge impact,” Pantera claims, adding that the payment merchant is snatching up roughly 70% of all the new BTC in circulation.

Then there were also movements by a number of key players from PayPal to Square to Mode to hold bitcoin as part of their treasury reserves.

And then there’s more than this. For example, a Citibank report predicts that bitcoin’s price could exceed $300,000 each next year … 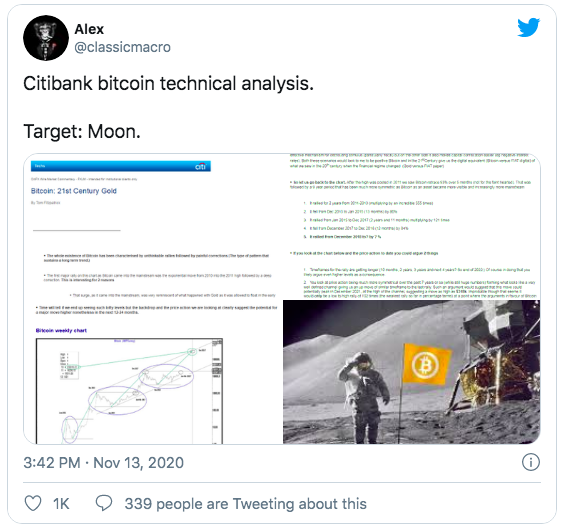 Don’t you wish you had a coin like me? Dontcha? Dontcha?

Nothing at all by the look of it. Not only is crypto hard to buy and hard to use, but it is also backed by nothing but the network. That’s how it seems anyway. Yet, under the hood, those who know what they’re talking about are clearly stating that this is the future of global currency.

You can make your own mind, but the rally towards bitcoin is not unfounded. Tom Fitzpatrick, the Citibank analyst, writes:

Bitcoin is the new gold

It is an asset with limited supply. It is digital. It moves across borders easily and its ownership is opaque.

I’ve been circling around this area for years and have committed to ownership of crypto. I still find it hard to get my head around, as I think a currency has to have an asset behind it. What is the asset that is behind bitcoin? That is the fundamental question I always come back to.

Anyway, PayPal’s commitment to include bitcoin and cryptocurrency in its online wallets has changed the game but, if you want a better way of dealing with crypto, I would personally recommend Mode (disclaimer: I’m on their advisory board).

Funnily enough, I wrote this on the same day as respected academic and historian Niall Ferguson said the same thing on Bloomberg: